Daniel Munson has been involved in nearly every aspect of theatre after performing, for the first time, in the fifth grade. He has been an actor in the Midwest, Los Angeles, and New York an Actor's Equity Association stage manager on and Off-Broadway the founding member and director of the Midwest based Quotidian Mime and Dance Troupe a theatre reviewer and award-winning arts columnist. As a writer, he has written for theatre, film, television, radio, and theme parks (yes, theme parks!). He is a member of The Dramatists Guild and The Society of Children's Book Writers & Illustrators, and is dedicated to providing quality theatre for young audiences. He currently lives in upstate New York with his wife and three children. 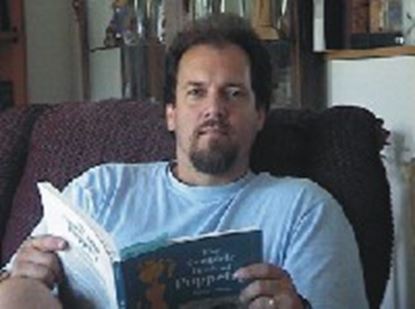 
When two big-time bunglers like John and Darlene attempt to burglarize an apartment, they get a coat hanger stuck in the door lock and then manage to accidentally ring the doorbell. When they do finally break in, Darlene's nervous bladder forces her to make an emergency bathroom visit. All this ruckus wakes up the bunny-slipper wearing homeowner, Erica, who discovers she is being burgled by her own husband. And if this wasn't weird enough, Darlene claims she is really a "cat burner" instead of a "cat burglar." All this, and the show has just begun! Is John re...


Wait—start worrying! No wait—don’t worry. Let Crisis, Inc. worry for you. This farce takes place in the lobby of a business which provides the service of panicking for people. When you have a panic situation and you can’t focus on what to do next, you hire Crisis Inc. to do the panicking so you can move along and get your work done. Two business people come to the company's office – and each of them responsible for the other's crisis situation. Realizing the potential for fireworks should the two meet, the receptionist tries hard to keep them apart. Classic f...


When Chris, a high school student, isn't able to attend the funeral of his best friend, James, he decides to hold a farewell party at the gravesite. Attending the party with Chris are six of James' closest friends: Katherine, an intelligent but "ditzy" girl; Sarah, the new kid at school; Betty and Larry, soon to be married; Lisa, James' ex-girlfriend; and Tillman, the class brain. The group quickly discovers that they don't know each other very well - James was the common bond between them. As the play progresses, each person reveals what he meant to them. To...