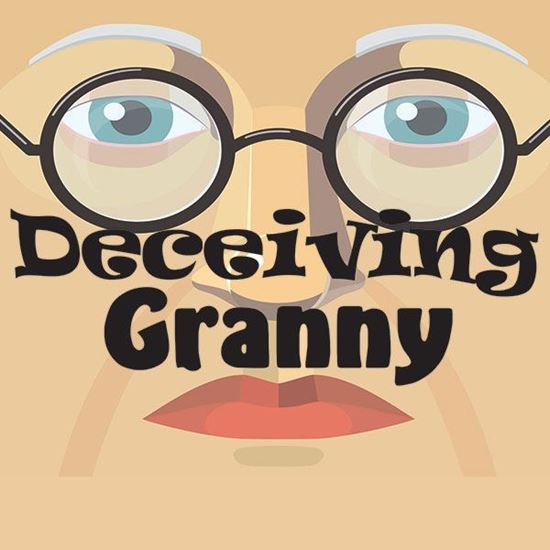 Newlyweds Sam and Margaret Howard discover they are in line to inherit $3.5 million from his great-grandmother whom he has never met. But before she is willing to add them to her will she wants to meet Sam and his new wife face to face to make sure they are “worthy.” Of course, nothing goes smoothly, especially since Sam is hiding an expensive diamond necklace for his boss, two burglars mistake their home for another, and the neighbor’s vague grandmother has wandered off…and may be somewhere in their house! Their friends, Rob and Kelsey, go to extremes to help the newlyweds when they think the “real” great-grandmother has died after eating peanuts. With Rob dressed and acting like an old lady, can the two couples pull off their scam in spite of a curious cop and cautious attorney? The funny and frantic action never slows in this farce!

A: Every year I struggle to find shows that work for my students. Like everyone else I have a ton of girls and only a hand full of male actors. Everything out there that is edgy enough to keep the students interested and still clean enough to keep the small town audience from complaining has already been done.

A: I love both Rob and Kelsey. I think they’re both great character parts and the kind that I love to play.

A: I was hoping to write a play that the students wanted to do. This was a first for them, to do an original script. I actually had more students audition for this than I ever did in the past. They were excited by the characters and all of the physical comedy that the script called for.

A: I hope people give this play a chance. When it was first performed the audience reactions were better than expected. It was also one that brought people in more than once to see it. Also don’t be afraid of the two-story setting. Although watching the characters run up and down the staircase is fun you can get a similar effect from a 3 to 4-step landing.