Burton Bumgarner grew up in North Carolina, where he now lives and works as a musician. He earned an undergraduate degree in music from Greensboro College, and a Master of Music degree from Southern Methodist University. He began writing plays in 1994. He is a four-time winner of the Robert J. Pickering Award for Playwriting from the Coldwater (MI) Community Theater, and in 2004 he won the McLaren Memorial Comedy Playwriting Award from the Midland (TX) Community Theater. A member of the Dramatist Guild of America, Burton has over 80 scripts (comedies, dramas, one acts and 10 minute scripts ) in publication.


Twelve short scenes depict events in the life of Edgar Allan Poe -- or how his life might have been in today's world! Some of the more popular tales are represented: "The Tell-Tale Heart" is a police investigation; "The Cask of Amontillado" is a Jerry Springer-type TV show; and "The Masque of the Red Death" has a group of Hollywood types hiding out in a castle. In "The Fall of the House of Usher" Poe himself pitches the story to a producer for a horror film. Other scenes depict Poe as he might have been in elementary school; seeing a psychiatrist; trying to w...

Hurry Up and Wait!


Waiting in line? Waiting your turn? You don’t have time! Here’s a comedy in six scenes for those who are time-challenged. In the first scene a desperate woman has only 20 minutes to get to the airport to catch her flight and no matter what her beleaguered taxi driver says or does, they remain stuck in a traffic jam. In a different scene, things start to get physical at a restaurant when a couple with dinner reservations (and theatre tickets!) see others entering and being seated before them. In another scene, a jumpy hypochondriac is forced to wait in a docto...


"The Christmas Café" is set in a restaurant where Betty, the waitress and cook, serves customers from three different familiar holiday stories: "The Night Before Christmas" by Clemet Clarke Moore, "A Christmas Carol" by Charles Dickens, and "The Nutcracker" by E.T.A. Hoffman. In "All of the Other Reindeer," Blitzen is burned out and upset that he's always last on the team. The other reindeer have suggestions: Cupid thinks he needs a love life; Donder suggests a good stock portfolio, Prancer thinks an exercise regime is the answer. Baffled, the other reindeer ...

Widely flexible cast from 9 to 40


A poor student is struggling to read Shakespeare's great tragedy, "Macbeth," while in a coffee shop next door to a theater. The student gets a study boost from waitress, who was an English major, and four customers, who are actors, as they act out the Scottish tragedy in fast-paced farce. Soon, a pompous actor who has just finished a Shakespeare matinee next door, enters and tells of the "Scottish curse," and all of the unfortunate events that surround the play's past productions. Actors portray characters throughout history including Shakespeare, King James,...

Horatio Will Be Late


Miss Duncan, the Stratford High School drama teacher, has always wanted to direct "Hamlet," but from the very start her production is doomed. The lead actor is a prima dona who exasperates his peers. The other actors are either jealous that they weren't cast in different roles, or clueless. On opening night the costumes still haven't arrived, the makeup is lost, and the actor who is to play Horatio calls from the hospital just before his emergency appendectomy. A member of the cast has a cousin who is a professional actor who recently performed in "Hamlet." W...

The Most Dangerous Game


Inspired by the short story by Richard Connell. In this updated version of a classic thriller, corporate headhunters give new meaning to the term "hunting." Throughout the Zaroff Corporation's long history, success is based on finding the right employees. Four professionals are invited for an interview at Zaroff's headquarters. After a gourmet meal and cordial introductions, the potential employees realize that this would be the perfect job with the perfect salary. The human resource manager of Zaroff then tells the potential employees that they are all compe...

I Can't Go Out There! 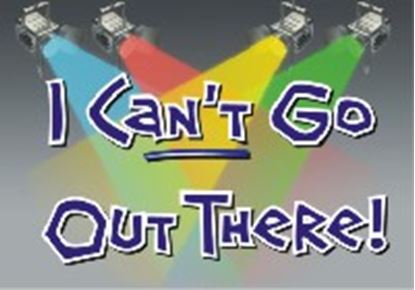 
This one-act comedy in four scenes chronicles the different stages of the stage. In elementary school, a frustrated teacher deals with stage fright while trying to direct young children in a play about jackrabbits and a mean old dog. In middle school, two students who've been cast as Romeo and Juliet realize that the play is a love story, and that kissing may be involved! In high school, a teacher is holding auditions for a production of "Anne of Green Gables." Actors audition with a rather violent monologue from "Titus Andronicus," a rap version of the solil...


Charleston, South Carolina, sometime after the Civil War. A poor woman borrows a diamond necklace from a wealthy friend to wear at a party. She hopes that this outing will change the circumstances of her life and fortune, and that the other guests will see that she and her husband really belong within the ranks of the upper classes. But things go awry, and she loses the necklace. Pride will not allow her to tell her friend of the loss. Instead, she has another necklace made to match the one that was lost, and she and her husband spend the next 12 years paying...


This delicious comedy is made up of three scenes set in a restaurant during the time customers arrive, place their orders, and await their meals. The scenes include "The Irritated Man," "Anxiety Dreams," and "Stephen King Goes to Lunch." The eight actors change roles with each scene, playing a spoiled toddler, a flustered waitress, pretentious customers, a celebrity-seeking opportunist, and a man who just might be a famous writer. Waiters, managers and customers all combine to make for a truly tasty drama experience.


Adapted from the short story by H.H. Munro (Saki). When an old friend invites Jake, a science writer for a newspaper, to spend a weekend at a gathering of prize-winning scientists, he sees a way to write an impressive article and move on to being a sports writer, his real goal. At the gathering we meet a botanist, who has invented a rapidly growing vine that the Defense Department can use as a weapon of mass destruction; a systems engineer, who has invented a new software language only engineers can learn; a physicist, who has written a textbook that is a com...

The Devil and Danielle Webster


From the short story "The Devil and Daniel Webster" by Stephen Vincent Benet. Poor Jake Stone is a total loser. When he finally loses the worst job he's ever had, he makes the claim that he would do anything to be a winner. Soon he meets Lucy, a seemingly attractive, professional woman who can make a special deal with him: she gives Jake wisdom, and he signs away his soul. Rather than waste his opportunity, Jake becomes a kind and intelligent person who gives much to the world. As the time to relinquish his soul draws near, he seeks out the counsel of Daniell...


Based on the story by H.H. Munro (Saki). Wealthy Uncle Lulworth eagerly awaits the next meal from his uncommonly skilled, but foul-tempered cook, Mrs. Sebastian. His niece, Ellen, visits him shortly before dinner after their aunt's funeral. As executor of the estate, Ellen has run across a series of letters to the aunt from another relative, Uncle Peter, who died years earlier under mysterious circumstances. Through re-enactments based on the letters, we learn Uncle Peter was a despicable human being and was probably killed by a "common" criminal, perhaps som...