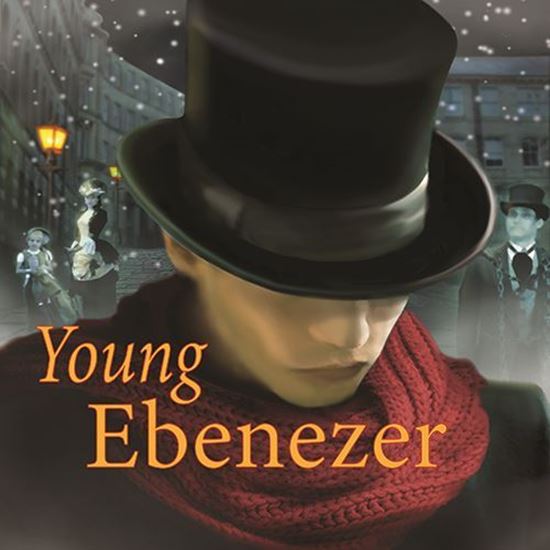 Gather ‘round with the ghosts in the graveyard who will show you the real story of Ebenezer Scrooge! This rousing new adaptation of the beloved novel by Charles Dickens has up-tempo songs of melody and memory. With three actors playing Ebenezer Scrooge, we go back to see Ebenezer through young boyhood, young manhood, and finally to the character we know. In “This Christmas,” Ebenezer’s family is left homeless thanks to his father’s well-intentioned but unrealistic gift giving. When his mother sells the young, gentle boy into servitude, fellow child laborers paint a bleak picture of life without any money in the song “Life Isn’t Fair.” Thankfully the Fezziwigs rescue the starved young Ebenezer but he vows, “I Will Never Forget.” As a young man Ebenezer’s life looks brighter as he and Abigail plan their life together. But those childhood scars lead him and Jacob Marley to an unethical plan to go into business together as they sing “When Two Coins Meet One Another.” Graveyard hymns and Ebenezer singing “Oh, What Rot” to his optimistic nephew Fred show Ebenezer’s depressing, miserly life. Redemption comes—finally!—when a montage of music and characters invade Ebenezer’s sleep, and he awakens at last, saying, “And I am here. But not the same. No, never the same.” Ghosts aplenty,  colorful denizens of mid-nineteenth century England, and exciting, memorable music will have your audiences humming as they leave the theatre.  Approximately 90 minutes.

Playwright Elliott B. Baker talks about his show

What inspired you to adapt this work into a musical?

I’ve always loved and admired Dickens. He had his flaws, but then who among us doesn’t. I’ve found that when adapting a writer’s work, there are clues to be found if you look hard enough. Clues to the meaning behind the words and characters. When I got into his bio, I found much more than clues. I found the whole treasure. Dickens was writing “A Christmas Carol” from events that happened to him. He was indentured at a young age. I love this show. There’s a reason it’s done every Christmas and it’s more than Tiny Tim. Starting with a story and characters, I needed to give the audience more of a flavor and feeling for what it was like to live in nineteenth century London. I hope audiences are intrigued to know the rest of the story. I know I was.

What's your favorite part or line or song in the musical?  Why?

That’s like asking which is your favorite child. “Well, I really like this one, and the rest we just throw fish heads to down in the basement.” I like every note, but every time I managed to peel back a level of Ebenezer’s motivation and world understanding, I had to smile. In the love song, ‘Together,’ I did my best to show how hard he was trying to understand what love is. Trying and failing.

What was the most difficult part in adapting with a well-known story?

We want the meat and the potatoes on the plate in the same locations they’ve always been. Part of the fun of adapting the work of a genius like Dickens is the opportunity to create unique moments of feeling and transport in addition to those provided by the original. Every one of those moments is like dug gold to a writer.  But it’s not just the words. It never is in this medium. The director, the choreographer, the pianist, the set director, every creative adds something to Dickens original energy. And if done well, it can be a marvelous ride for an audience.

What did you try to achieve with this musical?

My intent hasn’t changed from that first decision seated in a theatre watching a thrown together ‘children’s show.’ That’s not what theatre is. The parents seated in a family show shouldn’t have expressions written in boredom. Theatre is a complex medium and should bring a slightly different flavor of joy from each angle and seat it is viewed. Ideally. That has always been my goal, to provide levels where everyone sitting in the theatre as well as those who act in and direct the show can experience moments of transport.  It sounds trite as I write it, but to me, that’s the joy of live theatre.