Elliott Barry Baker changed directions from business to writing in 1992. While attending a performance of Gershwin’s “Crazy For You” in New York, he realized as the orchestra began the overture, that he was never as excited as when he was seated in a theatre with a play about to begin. Changing gears, Baker was accepted by the BMI Lehman Engle musical theatre workshop in New York where he would spend the next four years driving from New Hampshire to New York every Monday to study and perform with many talented writers. He now has several family musicals published as well as one dark musical based on Poe, more appropriate for adults than children. A member of the Dramatists Guild, Baker lives in Durham, New Hampshire with his wife Sally Ann. Their three children, Jason, Stacy, and Eric, are out making their way in the world. 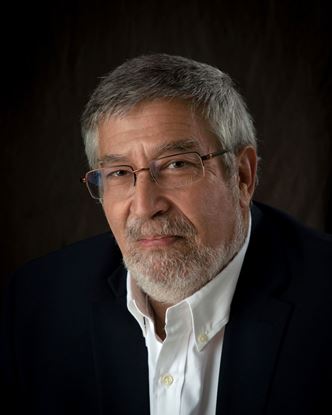 Christmas Musical by Elliott B. Baker


Gather ‘round with the ghosts in the graveyard who will show you the real story of Ebenezer Scrooge! This rousing new adaptation of the beloved novel by Charles Dickens has up-tempo songs of melody and memory. With three actors playing Ebenezer Scrooge, we go back to see Ebenezer through young boyhood, young manhood, and finally to the character we know. In “This Christmas,” Ebenezer’s family is left homeless thanks to his father’s well-intentioned but unrealistic gift giving. When his mother sells the young, gentle boy into servitude, fellow child laborers p...

Fantasy by Elliott B. Baker


Eighteen-year-old Katie has a problem: she's a tooth fairy who’s just not interested in the family business. While out exploring the human world, Katie meets Max, a young man who inexplicably is able to see her. This is unusual in that the fairy troops are not visible without their consent. Although forbidden to return to the world of humans by her father the king, Katie is determined to see Max again. Their growing friendship becomes moot when during the Centennial, a celebration of all the fairy troops, the Troll King demands his reward for not having kidna...

Comedy Musical by Elliott B. Baker


Eighteen-year-old Katie has a problem: she's a tooth fairy who wants to be a DJ. While out exploring the human world, Katie meets Max, a young man who loves everything about flight. Their growing friendship is short-lived, however, after a centennial celebration of all fairies and troublesome trolls. As a reward for keeping a promise, the trolls demand that Katie become their drudge, or servant, until the next centennial, one hundred years away. Max and several other fairies try to rescue Katie and discover a key piece of information that changes everything. ...

Comedy Musical by Elliott B. Baker


Prince Fred wants more than anything to find the princess of his dreams. His mother, the queen, wants to stay young – in other words, no marriage and no grandchildren! And that means no partying or dancing. To preserve the appearance that the queen wants Fred to marry, the kingdom has advertised far and wide for a suitable princess. Unfortunately, the outlook is bleak until the Jester finds an incognito princess. Tired of being deluged with unsuitable suitors proposed by her military-like father, Princess Philamena has escaped and taken employment in Fred’s p...