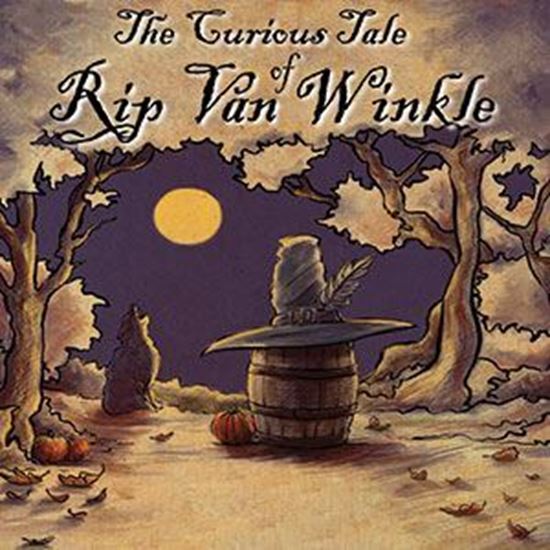 Set amidst the dark mists of the Catskill Mountains, The Curious Tale of Rip Van Winkle journeys to the colonial Dutch village of Knickerbocker, where legendary loafer Rip Van Winkle holds court. One fateful evening, Rip ventures into the woods, encountering the spirits of Henry Hudson and his crew. After drinking a flagon of "Hudson's Hearty Ale," Rip falls into a 16-year sleep, awakening in the midst of the Revolutionary War! Sparkling with Dutch dances ("Welcome To Knickerbocker") and rousing village choruses ("Responsibility"), this show will leave you as spellbound as a flagon of Hudson's mysterious ale!  Approximately 1 hour and 30 minutes.

With Playwright and Composer Vincent Bonvissuto

What inspired you to write this musical?

I have always loved classic American tales, and the setting and story of Washington Irving's Rip Van Winkle are quite familiar to me. (I grew up not far from Irving's Sunnyside cottage in Tarrytown, New York, and traveled through the Catskill Mountains as a boy.) The colonial Dutch village, the carefree character of Rip Van Winkle, the Revolutionary War, and the mysterious legend of Henry Hudson are all intriguing subjects on their own, but mixed together, they create a spellbinding combination that, I knew, would work well on the stage.

What's your favorite part or line in the show? Why?

A musical, with all its scenes and songs, is like a large family with many children; it's hard to pick a "favorite" child, as each one has its own charm and character.  That said, the "Rip Van Winkle" number intrigues me, as it is almost a "show within a show," highlighting Rip's unusual talents and engaging the entire cast. Perhaps my favorite line is Rip's advice to his daughter, Judith: "Be patient, my daughter. Your time will come. For now, forget what you don't have, and enjoy what you do have!" Any parent can appreciate those lines, as most of us have used those very words - or something like them - to encourage a sad daughter or frustrated son.

Where did the characters come from? Are they based on people you know? How did you make them unique for your show?

Some of the characters - Rip, Dame Van Winkle, Judith, Mr. Vedder - are contained in the original story, while others - Hans, Adelheid, Grethe, Dame Stuyvesant - I added to create subplots, family relations, and friendships that would add color, drama and humor to the storyline. (The original story is only 12 pages long, so an expansion of the plot and the list of characters was a necessity.) Each character has a predominant trait that is emphasized throughout the show in dialogue and action (or inaction, in the case of Rip), so that by the end of the show, the audience can pretty much sum up each character in a word or two.

What did you try to achieve with this show?

I wanted the actors to have fun - lots of fun - and to show, through both the humorous and serious scenes, that: a) time is precious, and; b) a life filled with service to others is time well spent.