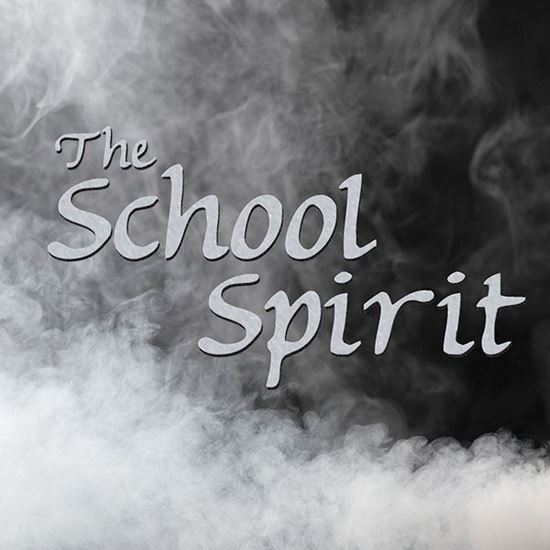 Faith and Ivy are best friends for life…and beyond. On the surface, they don’t have much in common. One is respectful, the other sarcastic. One is studious, the other a troublemaker. One is a friendly actress, the other a reclusive poet. And, oh yeah, one is alive, the other, not so much. Ivy has been dead for weeks, and only Faith can still see or hear her. How can a ghost help Faith achieve her goal of landing the lead in the school play? And for that matter, why is Ivy still hanging around, anyway?

Q: What inspired you to write this play?

Scott: Originally, this began as two different play concepts. I had an idea for a comedy focusing on a teenage ghost. I also had an unrelated notion for a drama about someone's tragic and untimely demise behind the wheel, inspired by an amazing gentleman I met at a convention for work. For a long time, I couldn't get a clear handle on either story. But once it finally dawned on me to combine them into one play, the narrative snapped neatly into place in my head, and from there, the story practically wrote itself, so to speak.

Scott: Since it's always fun to see the bad guy get their comeuppance, one of my favorite parts is definitely what happens to Gwen at the end. But as for favorite lines, I have a soft spot for when Ivy refers to Gwen as "Queen High Mistress of the Universe," which is a loving nod to two friends of mine. (Hi, Michal and Anita!)

Scott: The characters are entirely fictional, although they do share some personality traits with people I know...some admirable, others not so much. As for Faith and Ivy, they are amalgams of several students I have had the good fortune to work with in recent years. Theatre kids are not just great kids, they are great people...and they give me hope for the future.

Scott: First and foremost, I was trying to write a comedic tale that would make people laugh. However, with this one I also tried to touch on a subject that concerns me a great deal, namely the dangers of texting and driving. Far too many lives are lost to this habit every year. I tried to communicate the risk involved as a story element, but without being overly preachy. If even one person thinks twice before texting behind the wheel as a result of this story, then the effort will have been more than worthwhile.

Q: Do you have anything else you'd like to add?

Scott: As someone who finds plays with a good balance of comedy and drama very satisfying, I was quite pleased with the end result. I hope that anyone who performs or watches this show has a wonderful experience.