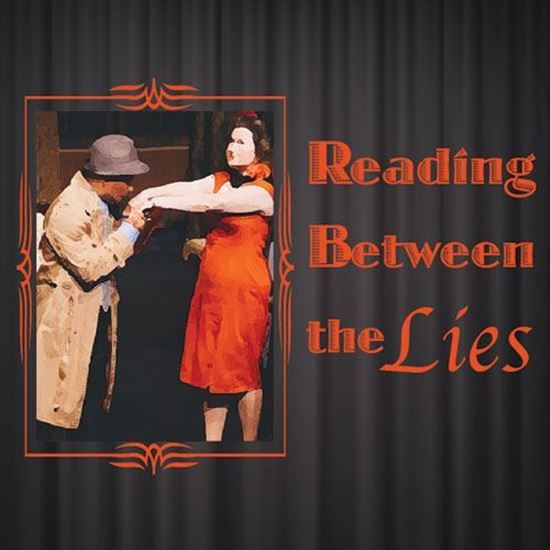 Reading Between the Lies

“Reading Between the Lies” is a noir farce set in the world of 1940s Broadway. The first read of a new play becomes a crime scene when one of the participants unexpectedly drops dead. In a room filled with old vendettas, jilted lovers, blackmail victims and one loony former child star, it’s anyone’s guess who the killer is, who the intended victim was, and who, if anyone, will save the day! Hilarity and fast-paced whodunit antics ensue.

“The witticisms escalate into over-the-top wacky comedy. This is a highly satisfying, laugh-out-loud event.”

I was frustrated by the lack of good roles, particularly in comedies, for women. My theater company is driven by 3 women (myself included) over 35, and I know tons of other insanely talented leading ladies, and yet in the majority of comedies we read when looking for projects there was 1 ingenue, 1 old biddy, and 1 maid. I wanted to write a show where all of the roles were good, but the women in particular were fun, meaty, and strong.

My favorite moment has to be when Betty reads the scripted lines in Arthur's play and suddenly is a grounded, fantastically talented actress. I just love the way it subverts everything you think you know about this insane woman and shows that there was a real reason why she was "A STAR!"

I also love all of the little throw away one liners. Many of these are Betty's ("I was plucky!") but Catherine ("Your worst nightmare") and Gwen ("Do you want the names chronologically or in alphabetical order?") also have some great ones.

Some of the lines, including Cort's final pronouncement, were taken verbatum from silly conversations with my theater collaborators over the years. I wrote for specific actors I  have worked with and played to the strengths and eccentricities of the people I imagined playing each character. I also tried to draw inspiration from the old movies of the 40s. All About Eve, His Girl Friday, Whatever Happened to Baby Jane, and The Philidelphia Story are all referrenced in some way in the script.

I tried for an old-fashioned, crowd-pleasing farce. I wanted to write the kind of show where you could forget your troubles for 90 minutes and just enjoy yourself. I also wanted to play with the witty dialogue and fast pacing of the movies of the era.