It is 1917, and three years into the worst war anyone has ever seen.  Kate, a young American woman, is approached by an elderly dowager, Mrs. Lillian Merriweather, as they board a transcontinental train from Venice, Italy to Zurich, Switzerland.  Mrs. Merriweather insists she knows of a sinister plot—with vast international repercussions— involving the other passengers. She tasks Kate with ensuring the authorities receive a secret message if she is unable to deliver it herself. When she promptly disappears, Kate teams up with Ida, a young war orphan. Together...

You Must Meet My Wife


In 1949, mystery writer Cornelia Sherwood’s book, Act of Murder, is adapted to the stage by the Bakersfield Playhouse in California, Cornelia plans a visit, taking her faithful secretary, Eunice Sparks, along. Eunice’s cousin, newlywed Rick Winslow, also resides in Bakersfield, so the ladies stop by to meet Rick’s new bride, the very beautiful and wealthy Tracy Bennett Winslow. They soon discover that Tracy is missing. But when she returns, safe, sound, and in the company of the amiable Father Hennessy, Rick insists Tracy is not really his wife. Corn...


Ivy McEwin, a college history major, is so intrigued by a photograph of a young woman who lived during the Civil War that she travels to the woman's home, Ravensgate, an old Southern plantation. Ivy hopes to unlock the secrets of the woman's life, but instead meets the woman in death. The current owners, who are trying to restore the house into a bed and breakfast, have already noticed a number of strange things going on: the mournful sounds of a woman weeping at night; the frequent, unrelenting beating of a heart, and the rocking of an empty chair. As ghosts...


The Dark Harbor Lighthouse, abandoned by Sheriff Wilde after his wife's mysterious disappearance, sat empty for over ten years. Now the Hanson family has moved in, but before long, strange things begin to happen in their dream house: lit candles in the windows, eerie music from the piano room, moving furniture, and a shadowy figure who walks the lighthouse tower at midnight. As Raven, the disaffected teenage daughter, and Ethan, a next-door neighbor, try to discover what dark secrets Aunt Rosemary is keeping and the true identity of little Penny's imaginary f... 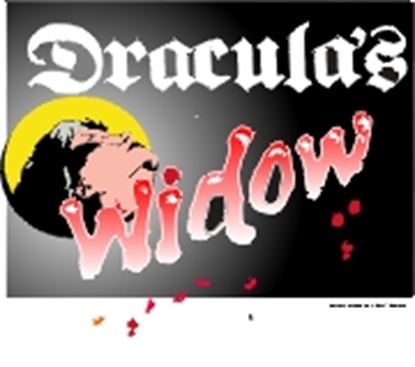 
In this high-voltage sequel to Bram Stoker's classic vampire tale, Baroness Katarina Stephanowski of Rumania - who is actually the widow of Count Dracula - moves to England in search of fresh blood. She gains entrance to the country home of Dr. Vincent Grant and his daughter, Diana. Attracted to Diana's fiance, Jeremy Randolph, the baroness attempts to make him her mate. When the Grants discover Jeremy bitten on the neck and nearly drained of blood, Dr. Grant sends for Lucy Seward. She has survived Dracula's bite herself and realizes what a dangerous adversar...

Light in the Tunnel


Valerie Simpson, a suburban housewife, has begun seeing visions of murders, kidnappings, suicides and even family members threatened with impending accidents. But the most incriminating vision may concern someone close to Val herself. She hesitates to go to the police because her husband works for a conservative firm ("Wall Street and psychic phenomena don't mix"), and because she has spent some time in a mental institution. Val's brother, a caring neighbor, and a psychic researcher, all offer support and understanding. But why is her husband so violently aga...