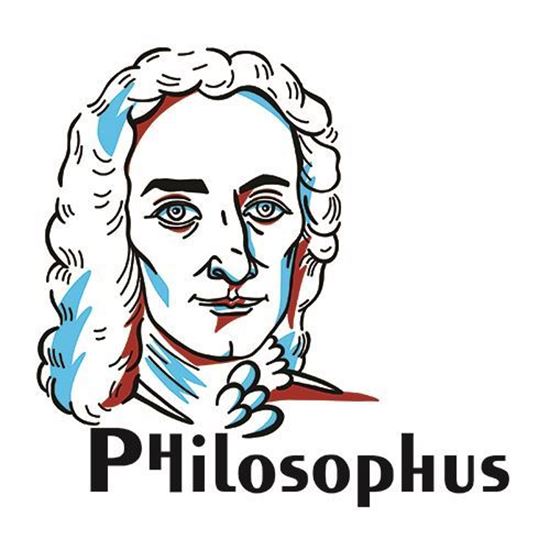 In this award-winning farce, famed philosopher (and very self-important!) Voltaire has fled from the court of Frederick II, King of Prussia, with a stolen and highly sensitive manuscript of the King's poems. Determined to embarrass the monarch before the world, Voltaire finds his journey to France halted in the city of Frankfurt by Baron von Freytag, representative of the Prussian King. Before too long, the Baron’s over-eagerness to obey his master’s wishes and the enormity of Voltaire’s ego combine to create utter chaos, which becomes more ludicrous by the addition of a money-hungry German shrew, two slightly dim-witted servants, and Voltaire’s sex-obsessed niece. This hysterically historical play is mayhem from start to finish, with a little bit of Kaufman and Hart, Oscar Wilde, Monty Python, and Benny Hill all rolled into one.

“An all-­around funny show and fun time at the theatre…great wit and humor.”

“A thinking-person’s farce, Philosophus is a perfect fit for the area and a fun way to start the year… a farce to remedy our times… an up and coming work.”

I was inspired to write “Philosophus” because of my dual love of history and British music hall comedy. I frequently find history to be the main prism through which I reflect my ideas and thoughts on an artistic level, partly because I love to stir curiosity about real people and events and inspire an audience rush to Wikipedia during intermission, partly because history allows for all sorts of atmospheric times and places and literally transports the audience out of the present (which is often all too present). I also am a great fan of traditional British comedy, especially the lost and under-appreciated world of vaudeville and burlesque, as represented in a more modern context by Benny Hill and the “Carry On” films, and found the story of Voltaire’s imprisonment in Frankfurt as a (perhaps unlikely) way to bring “the farce” back onstage. The result is basically a comic operetta without music or lyrics.

My favorite line in the play is when Mademoiselle Denis, Voltaire’s alleged “niece” and a woman who spends most of the play trying to jump on any man in sight, spies a fainted Voltaire and thinks that he’s dead. She melodramatically throws herself on top of him and, crying up to God, asks to be punished for not staying by her uncle’s side: “Spank me, God! Spank me until my tender cheeks are like two red suns in the sky, kissing each other goodbye as they disappear beneath the horizon!” I love the line because it sums up the play’s style in a nutshell – melodramatic, tongue-in-cheekly bizarre, comically flowery, completely ridiculous, and a satirical send-up of verbal pretentiousness, through which simple, base concepts can be made to sound almost respectable (almost).

Where did the characters come from?

The story behind “Philosophus” – namely, the arrest and imprisonment of the philosopher Voltaire in Frankfurt in the summer of 1753 – is a true story. What is perhaps most surprising is how much of the play is historically accurate: Voltaire DID have an Italian valet named Collini, he DID flee from the court of Frederick the Great, he DID end up in Frankfurt, he WAS arrested by the Baron Franz von Freytag (who really DID have a secretary named Dorn), he WAS imprisoned in the house of Frau Schmidt (whose husband really WAS the Prussian counsel), and he WAS ultimately accompanied in Frankfurt by Mademoiselle Denis (who everyone really DIDN’T think was his niece). I embellished the details of the incident to add the structure of a farce, but the outline is very much true. The incident itself, far from representing a serious threat to Voltaire’s life, was outlandish from start to finish, with shoddy behavior on the part of all involved.

In all honesty, I wrote “Philosophus” to be an escape for the audience - which is perhaps appropriate, seeing as how Voltaire himself is trying to escape from his captors. At any rate, I make no pretense that the play is meant to be anything else than pure fun, for audience and actors alike. I’ve written plenty of “important” plays, but sometimes – especially in this day and age, when people are so over-serious and polarized – an audience just needs a good laugh. Not everyone can agree on who should be president, but certainly most can agree that Voltaire’s sophistry in Act II is all good fun.

I wrote "Philosophus" in late, late 2015 and it was probably the quickest thing I've ever written. I (mostly) wrote it in-between commuting into New York City (I live in Connecticut) over the course of two weeks. The actual concept for the show predates its composition by about, oh... twenty years. I came up with the idea of "Philosophus" when I was about 13 or 14 because I loved reading historical biographies and discovered the story in a book on Frederick the Great. I thought it was a great basis for a comedy, because the entire affair was (almost) as comical and silly as the events in the play. I wrote a version of "Philosophus" way back then (unfit for human eyes, although I may let a dog look at it) and then decided to revisit the topic twenty years later. I had just found success with another comedic play, which led me to reconsider doing more comedic work. I had never done a purely comedic play, so I thought this would be as good a time as any, and I continued to love the historical setting and the colorful, comic operetta-like characters.