Colin Speer Crowley is a playwright-lyricist who has written a variety of dramatic works, including four musicals, twelve straight plays, a rock opera, and a few screenplays. His work has been performed throughout the United States, including California, Washington, Maryland, New York, Connecticut, Massachusetts, Pennsylvania, Vermont, Louisiana, Colorado, Kentucky, Texas, and New Jersey. Plays and screenplays by Crowley have been winners or finalists in over 50 national and international contests since 2010 and songs to which he’s written the lyrics have been performed in musical revues in London. Additionally, Crowley has had the pleasure of seeing his work performed in theatrical capitals on both sides of the Atlantic, including Off-Off-Broadway and London’s Covent Garden. Crowley is a member of the Dramatists Guild, The Lambs of New York, the Playwright’s Center, the New Play Exchange, and Phi Beta Kappa and also served as founder and President of the theatrical group Speerhead Theatricals. He lives in Westport, CT with his wife, Dianne, and has three children – Chloe, Callen, and Canaan. 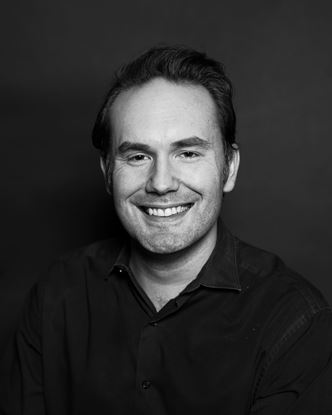 
In this award-winning farce, famed philosopher (and very self-important!) Voltaire has fled from the court of Frederick II, King of Prussia, with a stolen and highly sensitive manuscript of the King's poems. Determined to embarrass the monarch before the world, Voltaire finds his journey to France halted in the city of Frankfurt by Baron von Freytag, representative of the Prussian King. Before too long, the Baron’s over-eagerness to obey his master’s wishes and the enormity of Voltaire’s ego combine to create utter chaos, which becomes...