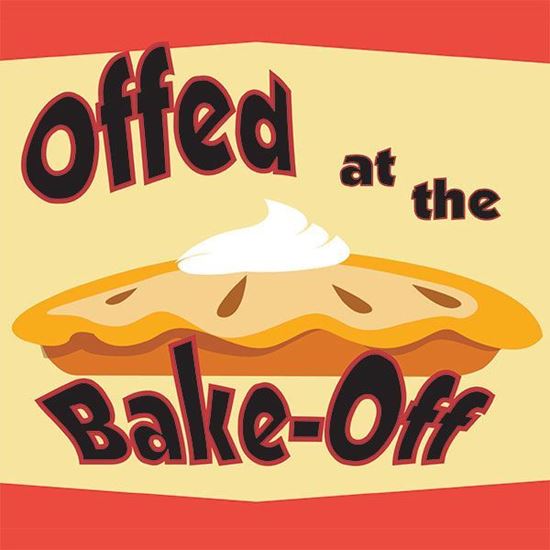 Flashback to 1955, the stormy evening before the 33rd annual Knotting Bake-Off, brought to you by J & J Toothpaste. The contestants have gathered at the Knotting Inn down at the Jersey Shore, each hoping that their perfectly crafted baked good will win the coveted blue ribbon. It seems someone’s dessert is more deadly than tasty, though, when they discover an entire gaggle of bratty students have been poisoned during a press conference. It is clear that someone at the inn has a sweet tooth for murder. But who could the culprit be? The egotistical bake-off champion? The hard-of-hearing elderly man? The practical jokester nun? The silent fitness model? The clumsy reporter? The amnesiac woman? Or one of the other kooky bake-off contestants roaming around the inn? When a detective (whose name also happens to be Detective) arrives on the scene, he asks the audience to help him figure out whodunit. Flying accusations and flying pies are just a few of the fun ingredients that make this murder mystery a recipe for a hilarious night at the theatre. Full evening.

MATT and MIKE STEELE talk about OFFED AT THE BAKE-OFF:

We wrote this play for a high school that had been producing our murder mystery comedies for several years. Our past few mysteries had very non-traditional settings, and we were eager to return to the classic "dark and stormy night" since it's an iconic and easily identifiable format. We still wanted to give the play a little bit of a twist, so we decided to push the formula and spoof the 1950's television sitcom while retaining elements of the classic film noir style. This was our first time writing a piece specific to a time period, and we had a blast researching the era.

WHAT IS YOUR FAVORITE PART OR LINE OF THE PLAY?

Matt: My favorite moments are whenever Carolyn whips out a new weapon. I just love how she suddenly switches from a calm and collected hotel manager to a hysterical and paranoid warrior when she feels the rabid seagull is near. I also always laugh out loud whenever Sister Mary Martha mentions Father Abraham and when Thelma introduces herself and her sisters because the name “Blanche” seems so random when paired with Thelma and Velma.

Mike: I have two favorite moments. The first is when Paul enters wearing the nun’s habit and is then revealed a short time after. The second is when Clyde throws pies in the faces of practically everyone onstage, one by one. I can imagine audiences having some really great reactions to these scenes. In school productions, especially, I picture the families and friends of the casts laughing as they watch the events unfold, and I can see the casts having tons of fun rehearsing these moments. I mean, who wouldn’t laugh at a bunch of kids pieing each other in the face?

WHERE DO THE CHARACTERS COME FROM? ARE THEY BASED ON PEOPLE YOU KNOW?

When we write, we just let our imaginations run wild. We brainstorm character types together and shout things like, "Let's have a nun!” “Let's have a fitness model!” “Let's have an elderly couple!" (At least, we “shout” at each other via text and instant message, because we live on opposite coasts and collaborate mostly apart from each other.) After we settle on the basic characters, we think of ways to give each character a funny twist. Our conversations turn into, "Let's make the nun a practical jokester!” “Let's make the fitness model a silent European!” “Let's make the elderly couple hard of hearing!" Our characters continue to evolve as we flesh out a few drafts. For example, when it came to Paul and Pauline, we started off with the basic idea of having a couple with a newborn baby who never stopped crying. Something seemed to be missing in their relationship dynamic, and they needed more conflict between them, so that's when we came up with the idea to make Paul a misogynist (which makes his reveal in Sister Mary Martha's habit even more fun). We don’t name the characters until the script is virtually complete so that the characters exist before a name can define them. It's amazing how much more layered the characters become from the first draft to the last draft.

Since we wrote this play with student actors in mind, our main goal was to give the performers a chance to have fun. The more fun the actors have on stage, the more fun the audience has watching the show. We purposely made our characters and situations as off-the-wall as possible so young actors would be forced to commit to their roles and to what’s happening in the story. We wanted to create characters that young actors could easily understand so they would have confidence in their portrayals and really shine onstage. We believe that introducing theater to young people builds their confidence, improves their social skills, and provides great memories that can stay with them for the rest of their lives.

Beware of the rabid seagull...