MARC is a healthy, employed middle-aged man with vibrant parents, a loving wife of twenty years and two bright, funny kids. That he has been able to last nearly four decades on and around the stage is a blessing and a miracle. As a performer he has recently portrayed both Atticus Finch and Willy Loman, having acted in front of over 100,000 ticket holders through the course of his career. With Mike Davis, Marc is the co-author of three plays (available from Eldridge Publishing) that have been produced from Seattle to South Africa, as well as twenty-six episodes of radio comedy on “The Moosehead Comedies Theatre of the Air.” In the future, Marc hopes to laugh more, worry less and find the cure for male pattern baldness. Also known as “Miss Kitty,” KATHY is consistently surprised by the things her husband has succeeded in encouraging her to try. The first time she ever stepped on a stage, voiced a radio character (or two) and yes, contributed to the writing of Warren’s Peace is all due to her association with Marc “Danger Boy” Holland. And wow, what a ride it has been! After twenty years of marriage and two sparkling children, she is looking forward to what comes next. Kathy works full time, gardens, goes bowling and dabbles in photography. She also is looking for a new gig, now that Ray Charles has left this mortal coil and left her with no one to sing back-up for. (She can dream, can’t she?) 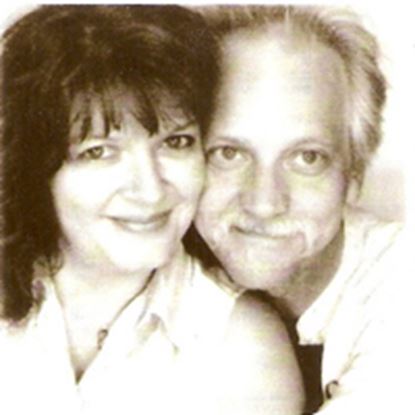 Comedy by Marc And Kathy Holland


A young National Guardsman is sent to the small town of Crickwater to kick off a World Peace Day celebration, but finds the city's fathers and mothers ready for anything but peace! He quickly sees it will take more than just a banner and a sheet cake to end the conflict in this eccentric burg. The town's widowed volunteer librarian has had an adversarial relationship with her sister for so long she no longer knows how to do anything but fling sarcastic zingers at anyone who comes close to her. The mayor married the town's most eligible bachelorette, but after...