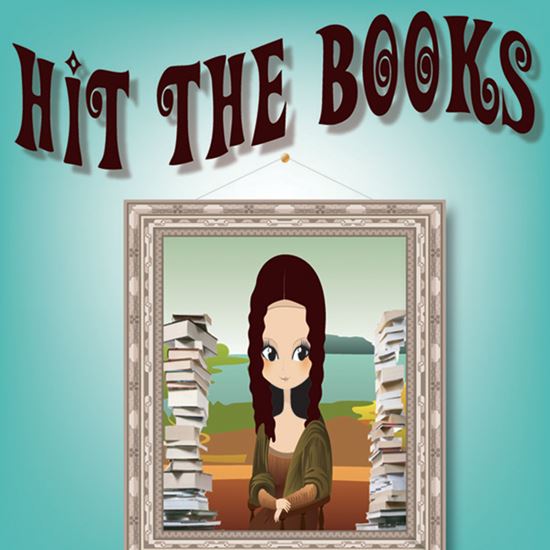 Molly, a college student studying for exams, becomes so frustrated she hits herself in the head with her art history textbook. Suddenly, she thinks she’s the Mona Lisa. Her roommate, Abby, becomes frantic. A suitemate, Zoë, arrives who thinks the logical thing to do is to hit Abby on the head with another book. Soon, Brittany, an airhead, and Jeremy, Molly’s boyfriend, are on the scene. Throughout, every time someone gets hit in the head with a book, they instantly acquire command of the subject matter: from art history to the laws of physics, from phone book listings to cookbook recipes. The scene becomes increasingly chaotic as the students search for a solution to get back to normal in this hilarious slapstick farce.

TALKS ABOUT “HIT THE BOOKS”

A. The play began as a mistake. I was contacted by a college student in Canada, who had found some of my other work online. She was looking for a one-act to direct at her college and wanted to see some of my scripts. We had several e-mail exchanges and, ultimately, nothing I had quite worked for her. So finally I offered to write something for her. She gave me some general guidelines about cast size and so forth, and “Hit the Books” was the result. I thought it would be perfect since it’s set in a college dorm. Unfortunately, what she didn’t mention was that she wanted something “dark,” and “Hit the Books” is as light as light can be.

Q: WHAT’S YOUR FAVORITE PART OR LINE IN THE PLAY? WHY?

A. Well, it’s got to be the characters hitting each other on the head with the books. I’m hoping that will go well – soft cover books only, please!

Q. ARE THE CHARACTERS BASED ON PEOPLE YOU KNOW?

A. Spectacle, pure spectacle. If there’s a deeper meaning here, I’ve completely missed it. I was just trying to write something that would be fun to perform and fun to watch – and do it with a relatively small cast that was primarily female.

A. My daughter, who is fluent in Spanish, did the Spanish translations for me.