After working for seven years as a comic book writer and artist without ever quite having made a living at it, Bradley Walton landed a job in the library of his high school alma mater. A well-remembered drama and forensics junkie, he was quickly recruited to head the school's forensics program, as well as establish and direct an annual spring play. Long intimidated and befuddled by Shakespeare, but figuring it was high time to do something about it, he directed “The Tempest” as his first show, followed by a wildly (if improbably) successful Star Wars-themed production of "A Midsummer Night's Dream." Having conquered his greatest theatrical fear, the next logical step seemed to be writing his own plays to direct. To his enormous relief, he turned out to be rather good at it. Mr. Walton lives in Virginia with his wife, daughter, some cats, and an embarrassingly large quantity of comic books and Star Wars action figures. 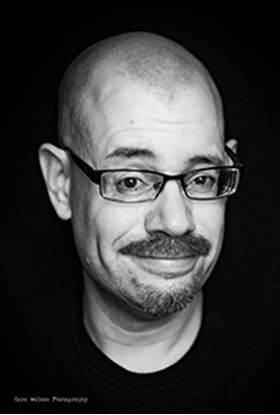 How to Kill a Mockingbird


Five less-than-stellar students meet to work on their group English project. Their assigned reading: Harper Lee’s "To Kill a Mockingbird." Unfortunately, not one of the five has actually read the book. In fact, nobody even brought a copy of the book along. Worst of all, they’re not exactly sure what the title of the book even is! Thus begins a hilarious series of guesses and assumptions which culminate in a massive conspiracy theory about the book and the true threat of mockingbirds!


We all know the nursery rhyme "Hey Diddle Diddle," but when you stop to think about it...how can a cow jump over the moon? If a cat could play the fiddle, wouldn't it be all over the internet? Why is a dish running away with a spoon? What’s the little dog actually laughing at? And how do they all connect with each other? This family comedy offers seven different outlandish tales speculating about what might be “The True Story of Hey Diddle Diddle.” It has a completely gender-flexible cast of 9-46 actors and runs about 55 minutes in length. Its target audience...

Hey Diddle Diddle: The Adventures of the Dish and the Spoon


A cat plays the fiddle, the cow jumps over the moon while the little dog laughs, and the dish runs away with the spoon…but then what? A group of storytellers are challenged to continue the story of the dish and the spoon from Hey Diddle Diddle. The tales that they spin find the dish and spoon fleeing from the Abominable Snowman, encountering the witch from Hansel and Gretel, becoming spies, and even fighting bad sushi! With a gender-flexible cast of 4-23, this smart, funny and easy-to-stage show will appeal to kids, teens, and adults. About 40 minutes.


When a stray kitten turns up at her sister’s wedding reception, Avery decides to give it a temporary home in her family’s laundry room. When she checks in on the kitten later that night, Avery discovers that a portal to outer space has opened in the wall, a T-Rex is trying to eat the washer and dryer, and the kitten can breathe fire. Then a unicorn shows up. And some aliens. And a few mythological deities. Avery is convinced it has to be a dream—but it’s not. Her life is about to get a whole lot more interesting, and she may never be able to complete another ...


It appeared without warning on a Monday, its origins shrouded in mystery. A week later, it had vanished without a trace. But across the days between, it changed cafeteria life in ways that no one could have imagined. It was a microwave oven, so ancient and decrepit that some believed it to have come from an Egyptian pyramid. Now, in a series of hilarious monologues suitable for stage or online presentation by a gender-flexible cast of 1 to 18 performers …its story will finally be told.


The internet makes everything easier, whether it’s staying connected with old friends, shopping, or breaking up with your significant other. But just because online breakups are easier doesn’t mean they’re a good idea. As seen in these eleven vignettes, the results can be awkward, unpredictable, and hilarious.