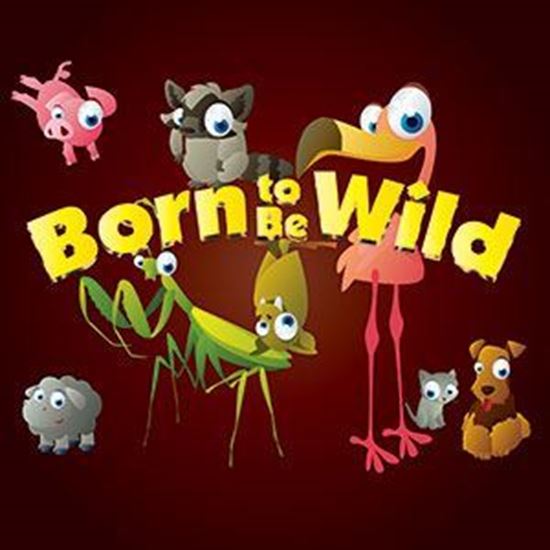 Ever wonder why your cat acts like he's king of the world? Or why flamingos stand on one leg? Have you ever imagined what a spider would have to say to a fly just before devouring him, or what "small talk" sounds like when a cannibalistic female praying mantis goes on a date with a naive male praying mantis? Well, Bryan Starchman has given the animals of the world a voice in this hilarious comedy. Focusing on simple costumes and sets, a large flexible cast, and ten whacky scenes, your audience will get to see and hear what animals really think about us humans! Stretch your actors -- and your imagination -- as you get ready to take a walk on the wild side!

“Born to Be Wild”

A: My wife and I often make up voices for what our cats are thinking as they roam around the house, acting like they own the place. The concept of cats thinking that we are beneath them because we feed them, clean their litter box, and basically react to their every action inspired me to start thinking about how animals might see the world.

A: I really like the flamingo scene. It was the first one that I wrote and visually I think it is going to be hilarious. Having the actor walk as awkwardly as possible is going to make for some great physical comedy, plus I like the individual personalities of both flamingos.

A: Mr. Piddles is definitely one of our cats (I won't say which one in case he is reading this). The bat parents are my parents. The monkey news just seemed like a fun idea. But the mantis scene came from my wife. I wasn't too sure about a scene where two praying mantises sit at a table and one wants to eat the other's head, but it turned out to be one of the strongest scenes in the play! My wife often has the best (and sometimes creepiest) ideas for scenes when I'm working on a script.

A: I am an animal lover myself and I just thought it would be funny to get inside of their heads and see what they have to say about the human world around them. It's sort of a sick scene, but the farm animals realizing that going to the fair is NOT a privilege and getting revenge on their owner somehow seems totally plausible to me...if they had the ability to talk and use a telephone. I just hope that this play will make people laugh and also maybe encourage them to think about the animals’ point of view the next time they are at a zoo or their cat suddenly attacks the drapes.

A: As I've said throughout the play, keep the costumes simple and focus on the voice, movement, and facial expressions of the actors. Audiences are very forgiving once they understand that they are supposed to be imaging two praying mantises on a date or a spider with a fly caught in its web. Have fun with this one, it should be quite an audience pleaser.