Bobby Keniston was born and grew up in Dover-Foxcroft, Maine. He had the karmic good fortune to have Lakewood Theater, the country's oldest still-operating summer theater, as a summer home. His love for acting and for reading plays started there, and he was encouraged by a very theatrical set of parents. He studied acting at Boston University and playwriting and literature at Bennington College. He has over thirty plays published and is relieved that people seem to like them. He would like to thank his parents, his different community theater families, and his friends for all of their support of his creative endeavors. If you would like to read Bobby's blog, it is called “Theater is a Sport” (because theater IS a sport), and you can find it at theaterisasport@blogspot.com. If you would like to contact him, feel free to drop him a line at theater.is.a.sport@gmail.com, or find him on Facebook and Twitter.

Are We Scared Yet?


Max and Katie are lost at a spooky campsite in the middle of the woods. Fortunately, Counselor Ned, a cheerful, but rather strange, camp counselor is there to help them out until the other campers and counselors find them. To pass the time, Counselor Ned suggests they all take turns telling scary stories, a "campfire tradition as old as time." As they take turns telling their tales, the stories come to life onstage! The story of "Taily-Po," an American folklore classic, reveals an old man living in the woods with his sarcastic dog… "The Backseat Driver" gives...


Welcome to "Avoiding the Pitfalls of High School Dating," a seminar for high school students who have trouble going on dates. Your hosts for the evening are Lucky Daye and Starry Knight, two people who have invested their entire life savings into creating this simple system of five "never-fail" rules for dating success. Lenny and Matilda, two outcasts, have been brought in to demonstrate the system by going on a series of speed-dates to bring the five simple rules to life. Through a series of humorous and humiliating scenes and hilarious one-liners, we will s... 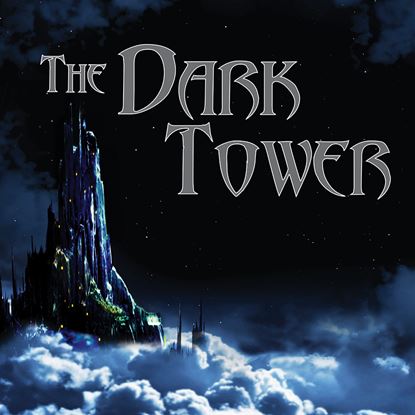 
Adapted By Bobby Keniston from Robert Browning's poem and Thornton Wilder’s playlet, “Childe Roland to the Dark Tower Came.” Roland, a warrior and perhaps the son of a king, has reached the Dark Tower. After years of eschewing death, he seeks nothing but sweet release after lifetimes of wandering the Earth. At the Dark Tower, he is confronted by Three Sisters, each in her own window. While the Amber Sister taunts him, and the Silent Sister pities him, the Dark Sister encourages him to release his burdens by sharing his life story. As Roland travels through hi...

How I Learned to Stop Being Afraid of My Gym Teacher


Forget the school yard bully! There's always one teacher who can intimidate us! Will, an average high school freshman, used to love going to school…until he stumbled upon the terror of gym class under the formidable Mr. Breakwater's rule. Will's coddling mother and nervous wreck of a father (who hides out in the bathtub) are worried. Will's friends, who call themselves the Geek Squad, want to devise a plan to take Mr. Breakwater down. Can Will find a way to stop being afraid of his gym teacher? With a romance novel-obsessed principal, a jock chorus, and an un...


Attention, new recruits! Fairytale City is in trouble because of a wolf named Big Bad, who wants to get his hands on a magic porridge that will make him invincible! Billings, a master of disguise who runs the Special Agent Unit, needs your help! Meanwhile, Mama Bear, the Porridge Maker, and Papa Bear, the Porridge Keeper, are having a hard time getting Baby Bear, a bratty toddler, to eat the porridge and become the Porridge Heir, which would keep Fairytale City safe. While Big Bad plots to steal the porridge from the Three Bears, Billings calls in his secret ...