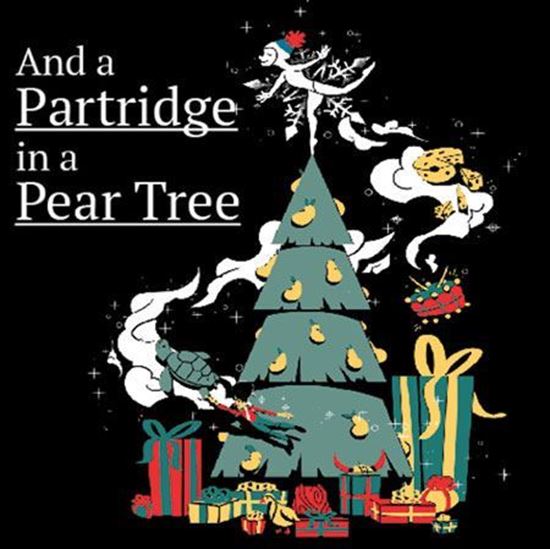 And a Partridge in a Pear Tree

A guy with an invisible drum, a medieval restaurant host who won’t break character, a milkmaid who just wants to get rid of some cheese, and a dancing snowflake in the world’s ugliest costume. These are just some of the characters you’ll find in “And a Partridge in a Pear Tree.”  This 60-minute holiday play weaves together 12 five-minute scenes based on the well-known verses of the Christmas carol “The Twelve Days of Christmas.” With a basic set and hugely flexible cast from adults to children, this play uses humor and heart to remind us about the gifts we give and receive… and not just the ones you can buy in a store.  Two endings are provided, one secular and one religious.

Right now, more than ever, performing arts groups need flexibility to produce a show under any circumstance, whether it’s live on stage with an in person audience, performed live and filmed, or recorded over Zoom. Vignette style plays provide that flexibility and I enjoy writing these short plays that tell an entire story on their own, while also being part of a larger complete story.

My favorite scene is either 10 Lords-A Leaping or 3 French Hens. I love the humor in both scenes, and the Herald was particularly fun to write. If I had to choose a favorite line it would be “God speed, coleslaw!” because it’s just so over the top, even for the Herald.

When I wrote this play, I wanted to pull something from each of the gifts described in the song, "The Twelve Days of Christmas." Sometimes it was easy and obvious, like the drummer, in 12 Drummers Drumming, but other times it was more difficult, like 7 Swans A-Swimming. In that scene, for instance, I chose to focus on the swimming, rather than the swans.

I wanted this to be a show filled with humor and heart that all groups could produce under any circumstances. And I wanted to tell a simple tale with holiday spirit in a way that hasn’t been done before.

I just want performing groups to make this piece their own! Create funny shop names, give the characters names if you’d like, but most of all, just have fun!