Tim Mogford grew up in England, where he studied at the Universities of York and Nottingham, earning degrees in Literature, Theatre and Education. He has worked in the amateur and professional theatre for over twenty years as actor, director, producer and now writer. He has performed at the Edinburgh Fringe Festival, The Times Literary Arts Festival, and as a semi-finalist at the American College Theatre Festival. He has taught in the school and university systems of both the UK and the USA, and holds an M.Ed from Kutztown University of PA. Tim’s plays have garnered praise and won awards in schools, colleges and theatre festivals all over the USA, Canada and in Europe. In addition to teaching English, Shakespeare and Speech Communications in the Pennsylvania high school system, Tim also works privately as a consultant and acting coach, preparing young people for auditions in theatre, film and television, and most especially for application to college performing arts programs. He lives in Reading, PA. 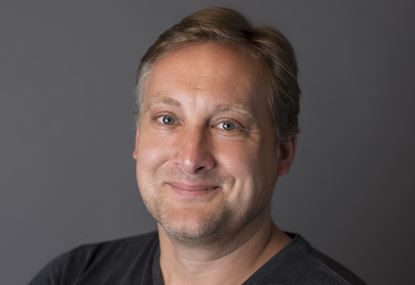 
Anyone who has tried to cancel their service with any tech company will sympathize immediately with Meghan. On her way to work one morning she decides to quickly drop off the cancellation form she filled out from the company’s website, but of course it turns out to be much more complicated than that. She is drawn into a process involving an increasingly bizarre set of characters who hamper, confuse, intimidate and even threaten her in their efforts to keep her as a customer. When Meghan’s best friend is brought to the office in tears with instructions to illu...


Josh has a box in his basement containing a number of objects that have meaning for him. As he takes them from the box characters appear who seem to know him, and yet not know him; characters from the past who are still, for Josh at least, very much in the present. Jane, Chloe and Rob don’t know each other, but they all know Josh, and as the story progresses we learn the awful fate they all share, as he moves through the ritual which seems so familiar to him. The appearance of Leah, Josh’s sister, seems at first to comfort him, but then agitate him. Despite L...

Waiting for My Cyber Boy


Becky has been talking online with a guy for several weeks now. He’s really sweet, so obviously he’s not a weirdo or anything. Now she sits on a park bench, anxiously awaiting their first meeting in person. On the other bench sits her friend Trisha, who is there “just in case.” Suddenly, Morgan appears, then Ethan arrives, apparently to make a final play for Becky before he loses her forever to the mystery man. Then Allie, Noah, and Josh arrive to further complicate what was supposed to be such a romantic, exciting date. With its quick-fire dialogue and convo...


Ellie is at a party and wanders off to find the bathroom. The room she walks into, however, is not what she expected at all and she soon realizes that she can’t get out. Worse, she is quickly surrounded by three mysterious figures who seem to hold her life in the balance. One condemns her, one defends her, and the third seems to be a judge of some kind. Ellie must persuade the judge that the “moment’s pause” she took before making one crucial decision justifies a second chance. This compelling and powerful piece offers four varied and meaty roles in a play su...


A one-act play about cyber-bullying. For two weeks Amy’s life has been unbearable. An intimate conversation she had online with a boy she likes has been shared so many times that she is now the laughingstock of the school. To make matters worse, she has been receiving threatening text messages, and her family has been plagued by a series of anonymous phone calls which have been intimidating and offensive. The play opens as Amy sits alone in a classroom. She is soon joined unexpectedly by Kara, who is apparently looking for a prom committee meeting. However, w...


It’s Steph’s high school graduation party. Her friends are all around, her family will be back shortly, and she is supposed to be adding the final touches to the house. But this “commencement” is anything but easy or simple. She and her boyfriend Brandon have news that will devastate her father, has already caused an upheaval with her mother and sister, and will no doubt upset her best friend Gina’s careful plans. Everyone has an opinion about what Steph should do, but naturally everyone tells her it’s “her decision.” As the news filters through her network o...


A teenage girl has been arrested after a car accident and charged with DUI. Four of her peers who were with her earlier that night arrive at the small-town police station. Julie, restlessly belligerent, is frustrated with Lindsay, who sits silent and brooding. Soon, Erin, who is impulsive, and Jen, a natural follower, join them. The girls wait anxiously, speculating about what the police already know...and what they will find out. A series of admissions and revelations force the girls to re-evaluate themselves and their role in the events, as an already tense...


The Davies’ house is a picture of confusion and complications this Christmas Day with the arrival of various extended family members and guests. No one can find Uncle John, there’s body glitter all over Kelly’s room, Sandy and her daughters have been doing something with feathers in the kitchen, and nobody knows what Nana Jane might do this year! But then a stranger appears who might be Sandy’s new boyfriend, Phil’s old friend from college, or (if we believe Grandpa) the mysterious Uncle Don from the Amazon. The stranger says nothing, and yet his soft smile i...


High school student Chloe seems to have everything together. She is a soccer player, a dancer, and a top student. But under the surface, the pressure is mounting. Her mom and brother need help at home, the school projects pile up, and even her friends pressure her to start dating. She doesn’t want to disappoint anybody, but in her effort to please everyone, her world begins spinning out of control. As the various responsibilities build up around her, she creates and deploys multiple versions of herself – the Chorus – in an effort to be "everything to everybod...