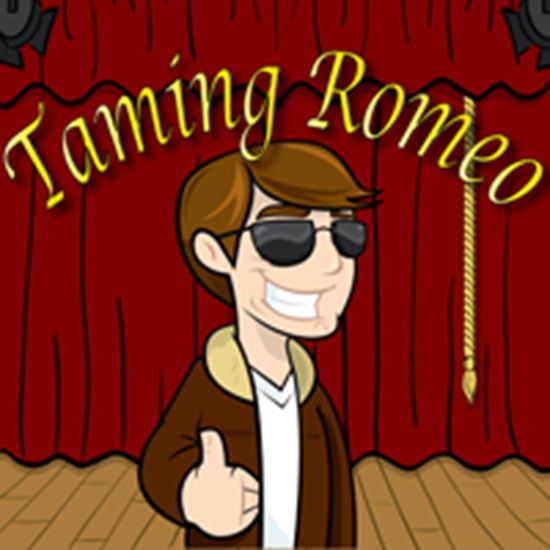 When resident stage manager Kate Ellinger discovers that one-time soap actor Brayden Cole has agreed to play the lead in their production of “Romeo and Juliet,” she finds she has her hands full, not only dealing with a TV star’s ego, but also with the easy-to-panic director and zany locals who make up the rest of the cast. Brayden misses the first rehearsal, and later admits he’s in way over his head. He went from waiting tables to soap opera uber-star with no formal stage training. But the other actors are more than willing to help him. Duncan, an older man with affectations of greatness, works with Brayden on the Bard’s language; Lonnie, the local high school coach, gets Brayden on an intense physical regiment; and the ladies, all grown-up groupies, continue their adoration of him. But progress stops when Jason, who wanted the part of Romeo, gets too violent rehearsing their tai chi fight (no swords in this production!) and is kicked out. How will they do a show without a Mercutio? Only Kate can fill in at this late date…except Kate is now a quivering ball of nerves before curtain! Brayden comes to the rescue as does the rest of the theatre family. A charming and humorous look into the world of community theatre. The show premiered at the West Coast Ensemble in LA.

A: It actually all started with a misprint! I saw a casting notice for a local summer rep production of "Taming of the Shrew" and "Romeo & Juliet" listed as “Taming Romeo.” It struck me as such a great title that I kept it in the back of my mind for nearly a year before a story idea formed. It initially started as a screenplay. However, as I continued to write, I realized it was the dialogue that was carrying the story and defining the characters and that live theatre would be a better vehicle for this piece. The format switch made it much more intimate and it really came to life after that.

A: I have quite a few favorite moments. My favorite scene to write was (Act 2, Scene 1) “The Work Begins.” I loved the build up from simple acting lesson to massive chaos. And Duncan and Brayden have such different energy and cadence to their speech it was fun to juxtapose one to the other. I also love Sid’s closing monologue. I think it sums up why theatre is still such an important part of our lives. However, I have to confess that my favorite line is probably Wayne’s response to Jason’s soliloquy in (Act 2, Scene 4). “Dude...you’re not gonna kiss me, are you?” It just makes me laugh.

ARE THEY BASED ON PEOPLE YOU KNOW?

A: The characters are actually an amalgam of the many, many people I’ve encountered while working in the theatre, from high school plays all the way up through professional productions. So, while not based on any one person, there are certain traits and very real characteristics put in here and there which helped shaped these characters. That’s probably all I should say about that!

A: I really just wanted to create a play that was pure fun from beginning to end for all types of audience members, be it someone who is brand new to the theatre or the seasoned ticket holder. I hope I’ve achieved that.