Tambra Kay Petri says she's "a "PK" (preacher's kid) and proud of it! "I grew up loving music and the theater, loving to perform, and loving to write. I served as church pianist all through high school and as pianist for a promotional traveling group in college. My career goals were in business. However, since marrying and the birth of our three children, the Lord has directed me to use my natural talents, which are in music and writing," says Tambra. Tambra has taught music and worked with teens in drama as well as served in a variety of capacities in her church in Fresno, California. There she's directed several Broadway-style musicals and established a drama troupe to perform sermon starters (many of them written by her) on a bi-monthly basis. In 1992, she wrote her first full-length comedy Christmas play for her church, which she also directed. The play was such a success that she continued writing from that time on. She currently has six plays with Eldridge Publishing Company. 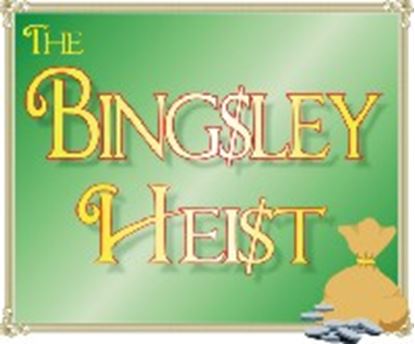 
Here is an hour-long, light-hearted comedy about lonely millionaire Jonathan Bingsley, whose life is turned upside down when, against his better judgement, he allows six energetic orphans to stay at his home. To complicate matters, his long-time maid and butler disappear under mysterious circumstances. Jonathan's sister convinces him to use her lazy son and his wife as replacements with disastrous (and hilarious!) results. So Jonathan is forced to hire questionable substitutes, who create chaos of their own.


Frisbee Thorne, a young teenager, has a crush on his neighbor, Jill, and hates to see where party-girl Courtney is leading her. As Jill is drawn into Courtney's web of deceit, she starts lying to her parents and friends, turning into the proverbial wolf in sheep's clothing. Along the way she loses her best friend, hurts another and ends up being caught by her parents. She is grounded and faces the results of her parents' lost trust. In the end Frisbee has good advice for all. About an hour.