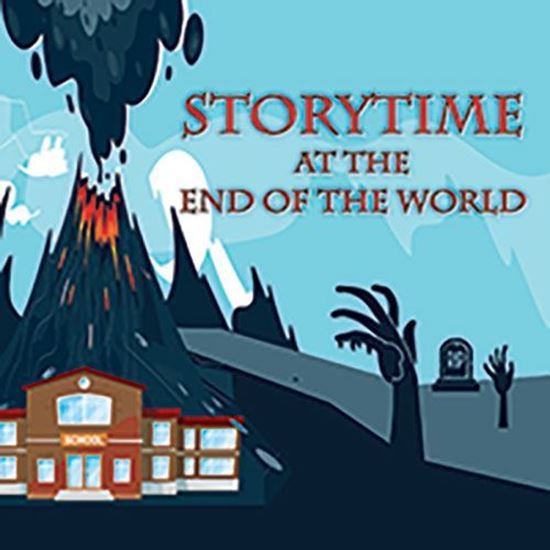 Andy would do anything for his sister. Perhaps even end the world. This post-apocalyptic dark comedy of wishes gone wrong takes the audience on a wonderfully bizarre, humorous, frightening, and surprisingly heartfelt journey.  Along the way there are British zombies, a mind-reader, a trickster who only wants a good story, hip vampires, a hero who both slays and saves, and multitudes of other oddities.

But at its heart, the play is about family, friends, and the great lengths we would go to avoid losing the ones we love. It is suitable for audiences of all ages, especially anyone who enjoys laughing out loud one moment, then having their eyes well with tears in the next. Approximately 90 minutes.

I have always wanted to write a play involving a wishing well where the wishes go poorly because, well, they kind of have to. Secondly, I wanted to write a show that could feature typical or large-sized cast (depending on your need.) I also wanted a cast of characters that were pretty much gender neutral so that anyone could have a shot at any part they connected with. Finally, I wanted to write a play that addressed the beautiful relationship between one of my best friends and her younger brother, who died in Afghanistan several years ago.

There's a lot of parts that mean a lot to me. Still, I think my favorite has to be the Dakota and Matteo scene because of its pure and utter ridiculousness. That scene (along with the Blaine and Benji scene) provides a nice contrast for the seriousness of the rest of the play. My favorite line from that scene is Dakota telling Matteo, "Your words say one thing, and that one thing makes little sense."

From a mix of my students, past and present, and characters that always seem to bounce around in my mind when I'm playing in the "creative sandbox." And some characters are explicitly based on people I know. In fact, when one of them saw the play, they said afterwards, "That character really reminded me of me." And then I responded, "It should have. She was based on you."

I wanted to tell a story that mixed a lot of genres, was a blend of ridiculousness and reality, but at its core was about appreciating what we have, the role we play in letting others know it’s okay to be who they are,  and the lengths we would go to protect the ones we love.

When doing this play, I recommend seeing the more over-the-top things as perfectly normal in the context of the play. They’re not normal, by any means, but accepting the truth that these things can and are happening, will allow the actors to connect more with their characters and their world, which will allow the audience to connect as well.  The play alternates a lot from joy to pain, happiness to sadness, funny to serious. Often within the context of a moment. Much like typical day. Seeking to play the truth of the scenes will allow those contrast to connect seamlessly. Well, almost seamlessly. 😊