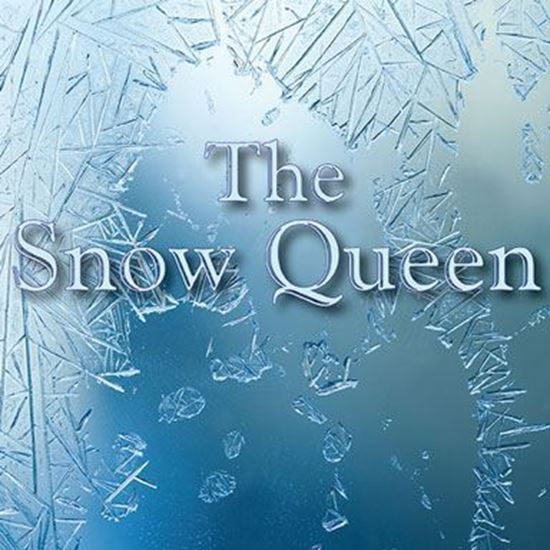 This Hans Christian Andersen story is a challenge full of treasures for the unpacking. Kay and Gerda are the best of friends until a piece of an enchanted mirror finds its way into Kay’s eye, causing him to see the world in a cold-hearted way. Soon taken by the Snow Queen, Kay forgets his happy life. Gerda must go on her own journey to find him, and along the way she meets a lonely old woman, a helpful crow and his sweetheart, a robber girl with her reindeer, and a mysterious man who has been with her all along. Overjoyed to find Kay in the Snow Queen’s palace, Gerda must help Kay find hope again by solving a puzzle before they can escape. Many fantastical elements become a part of the storytelling ensemble, giving the audience a surprise at every turn! About 75 minutes.

PLAYWRIGHT WILL LEDESMA TALKS ABOUT HIS PLAY

A: I find most classic fairy tales are like wild beasts—they can inspire awe, delight, fear, appreciation, and compassion simultaneously, but if you remove one component of an animal's nature it ceases to be the creature that so captivated us in the first place. I feel many modern adaptations of classic tales in film, television, and theatre tend to try to bend the classics every which way to make them more palatable to a contemporary audience (or, in some instances, more profitable). While there's certainly nothing wrong with a fresh take on a classic work—I've seen some that I've absolutely loved—I like to try to select stories for adaptation that may have lost quite a bit of what made them classics over years of reinterpretations. There is nothing so rewarding as when an audience comes into the theater thinking they know a story very well and the leaving the theater with a greater appreciation for their favorite stories after being exposed to something deeper that they'd never known was there.

When I originally read “The Snow Queen,” I was immediately drawn to it for this very reason. I also saw in its varied settings and fantastical whimsy the opportunity for some vivid, creative, challenging, and rewarding theatricality. I'm also a sucker for a cast full of quirky side characters, and Hans Christian Andersen provides them in spades! It had also been a while since I'd done an episodic story, so there was the added incentive of doing something a bit outside of my routine. All told, it was an extremely enticing project that would end up being profoundly more personal that I had anticipated.

A: I feel that to answer this question will essentially spoil the entire play, so please skip this question if you haven't read it yet and come back to it later.

All caught up? Great. This may be sort of a cop-out of an answer, but my favorite “part” of the play is Gerda. All of my early attempts to work on this play failed because I could not crack that character. I still remember the exact moment when it finally dawned on me what I was getting so wrong, why this story mattered, what made it so different from virtually every other fairy tale that many of us can remember. I was sitting at my desk, thinking about Gerda, how she wasn't particularly brave, she wasn't particularly competent—in fact, in almost every part of Andersen's story there is some point at which Gerda cries, either because she's flustered and lost and tired or because she's just so very moved about someone else being flustered or lost or tired. “You can't have a hero who cries about everything!” And that was the moment when I absolutely fell in love with this character. She wasn't a brave hero. She wasn't confident. She didn't think herself to be strong, or capable of completing a quest, or even necessarily succeeding in finding her friend. And she went anyway. It was so easy to write her off, because she doesn't fit our typical mold of a hero. Yet your typical adventure story hero or heroine could not have saved the day in this story! Gerda is a person who would generally be considered a weakling in our culture and our playgrounds today—small, sensitive, frightened—I myself had written her off as an unfit protagonist. But in the end, it's her compassion that saves her life several times over and ultimately rescues her friend from his icy fate. In that moment, a thought came to me with such force that I swear I almost heard it: “Re-think Strength.”

I no longer saw her as small, as weak, as insufficient. She was one of the strongest characters I've ever written simply because she went onward without any of the benefits that most of our heroes have. I realized how many Gerdas there are in the world right now, sensitive children, compassionate children, who are teased and bullied because we have come to teach our kids that compassion is a weakness and bravado is strength. Gerda is their hero. In a day when fear and anger have risen to dominate virtually every major news broadcast, Gerda's story remains to show us that there is great power in choosing love. She is an unlikely hero—possibly the unlikeliest in all of literature. But in that way that all great heroes of myth, legend, fairy tale, video game, and comic book adventures all do, she shows us that we are capable of great things, even if we have nothing going for us but a great love for others.

MAN: You are enough.

When we face terror and hatred in the world around us, may we all remember that we are enough.

A: Fortunately, all of these characters were handed to me by Hans Christian Andersen, and the man knew how to sprinkle in some colorful passers-by into his stories! I tried to stay very close to the personalities given by the original author and tried to treat each with respect and compassion, given that it is Gerda's story. I'm afraid the Finnish Woman and the Lappish Woman from the original tale didn't quite make the cut, nor did the philosophical flower beds, but hopefully audiences will be intrigued enough after seeing the play to go back and check out the original for themselves. As in most plays I write, I didn't base any of the characters off people I know, but I did tend to write with specific actors' voices saying the lines in my head. It helps give each character a syntax and rhythm that differs from the others and also makes the sometimes-tedious process of writing much more lively. I use actors I have worked with in the past (instead of celebrities, for example), and I was actually very fortunate that one of the actors who served as a “voice model” as I was writing ended up playing a role that I had modeled after him (he didn't know it at the time, though this is not the first time this has happened to me).

A: I feel I've gone fairly in depth on this topic while answering the questions above, so I'll just add here that my goal in every production, whether I'm writing, directing, or performing—is to create art that will entertain, impact, inspire, educate, and empower. I truly believe that the path to a better world lies with arts for young people.

A: I love writing, but plays are made to be performed, not read from a page, so thank you a hundred times over for considering my play. Truly, it is a straight up honor every time a school, community, or professional theatre produces any of my works. Thanks also to the amazing people at Eldridge. Now get out there and make it snow, folks!