Robert Cohen is the Claire Trevor Professor of Drama at the University of California, Irvine. A director by training (DFA, Yale Drama School), he regularly stages classical works at the Utah and Colorado Shakespeare Festivals, and has directed over a hundred productions at other venues, professional and academic, around the world, including premieres of new plays in Boston, New York, Los Angeles, Prague, Wroclaw, Bucharest, and Brisbane, and 75 productions at his UC Irvine campus. His twelve books include Acting Power, Acting One, Acting Two, Acting in Shakespeare, Acting Professionally and Theatre his plays include Machiavelli: the Art of Terror and The Möbius Strip, and his translations include Molière’s The Misanthrope and The Bourgeois Gentleman, Giraudoux’s Ondine and The Apollo of Bellac, Jean Verdun’s Tibi’s Law, Machiavelli’s Clizia, and the operas Carmen and The Magic Flute. He is also the author of essays in over a dozen theatre journals and more than 500 play reviews for Plays International and Contemporary Literary Criticism, and has lectured and given acting workshops in fifteen countries. In 1999 he received the Career Achievement Award from the Association for Theatre in Higher Education. 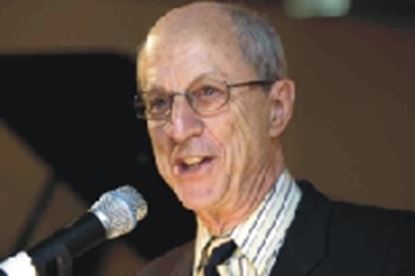 
Molière’s comic masterpiece centers on the character of the French courtier Alceste and the beautiful young widow Célimène he hopes to marry. But the two have radically different personalities: Alceste is a snob who insists on telling everyone the truth as he sees it, and Célimène’s instinct is to tell people - and particularly attractive men - only what they are dying to hear. So Célimène flirts and gossips with the courtiers who come to her house while Alceste fumes in jealousy. A virtual menagerie of other characters seek to intervene, either to bring the ...


One of the world's great comedies. The wealthy Monsieur Jourdain hires teachers to train him in the Arts, and succeeds only in making himself appear foolish to everybody but himself. Then he tries to court an elegant Countess, making himself even more foolish. The play also contains a rambunctious mixture of Molière’s dramatic modes: Roman–style farce, commedia dell’arte gags, romantic high comedy, two mini–operas, and great quantities of topical satire. In its time it was a social satire today we can appreciate the satire but enjoy the hilarity. The play end...