Most of Trish Black Melehan's 20 years as an educator have been devoted to grades K - 8. Always looking for ways to excite her students with lasting educational experiences, her teaching career has been filled with field trips to faraway places. She says, "I've taken my students to the Oregon Shakespeare Festival and England's Royal Shakespeare Theater. We've learned about Renaissance Art and Medieval History while touring Europe. I've traveled with students to Washington, D.C. to get a glimpse of our country's rich history and to New York City to taste live theater on Broadway." She explains, "Adapting Shakespeare for younger minds arose from a love of classical literature and poetry coupled with a desire to nurture critical thinking skills, self-confident demeanor, and true literacy among my students. Hearing them speak Shakespearean language on the playground has brought many a smile to my face as well as appreciative comments from amazed parents." She and her husband have been happily married for 30 years and have reared three children, each of whom has successfully pursued a higher education. In 2003 Trish left her middle school teaching position to spend more time caring for her aging mother. This has also given her an opportunity to pursue her writing and to enjoy visits with her first grandchild. 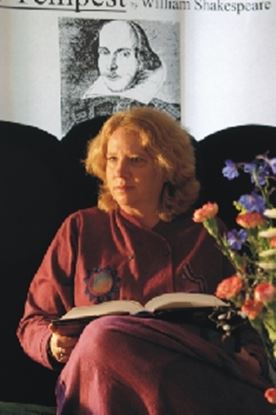 Much Ado About Nothing

Adaptation Shakespeare by Patricia B. Melehan


This adaptation, appropriate for middle school and high school students alike, contains much of Shakespeare's original poetry and language but with an additional female role, that of Nerissa, a gentlewoman of the court. The play, a satiric comedy about "romantic" love, features two contrasting couples. There is Benedick, a cad, who has sworn to forever remain a bachelor. But as it turns out, he meets his match when he encounters Beatrice, a strong, intelligent, witty woman. Beatrice doesn't need a man, and she doesn't want one either. Then there is Claudio, t...

Adaptation Shakespeare by Patricia B. Melehan


Adapted from the play by William Shakespeare. A ship at sea is suddenly swept up in a fierce tempest. The King of Naples, the Duke of Milan, and others become shipwrecked upon a mysterious island. Unbeknownst to them, the island is ruled by Prospero and Prospera, the rightful Duke and Duchess of Milan. With their magical powers they have cast the royals upon the island with an ultimate plan. But will Prospero and Prospera's scheme be cut short by their own prisoner/slave, Caliban, who along with the drunken butler, Stephano, have hatched a scheme of their own...