Pat Cook got his first taste of seeing his work in print while still in high school in Frankston, Texas, writing for the school paper. Then, during the summers, he wrote a column for his hometown newspaper. It wasn't until college, however, when he saw the movie version of Neil Simon's "The Odd Couple" that he decided to try his hand at writing plays. His first one-act, "The Boys in the Halls," a play about dorm life, was produced at Lon Morris Junior College in 1968 and has since vanished in some forgotten trash can. After moving to Houston he soon found other writing assignments at AstroWorld and in educational radio, night clubs and local television. His first play was published six years later. Still, writing was only a sideline along with several other odd jobs, which included playing piano in pizza parlors, acting in local commercials, industrial films and on stage, building scenery and selling pianos and organs. However, more plays got published and along the way, his wife, Rose Ann, taught him the joys of using a computer. This, coupled with his conviction to everything else and write full time, proved to be a turning point in his life. He has more than a hundred plays published by seven publishers. Many of these plays have been translated into Dutch and German. Further, he is also published in Eldridge's religious drama catalog (www.95church.com). He firmly believes that old saying, "The harder I work, the luckier I get," and that everyone has a story to tell, a dream to pursue. "And, believe me, if I can do it, anybody can!" 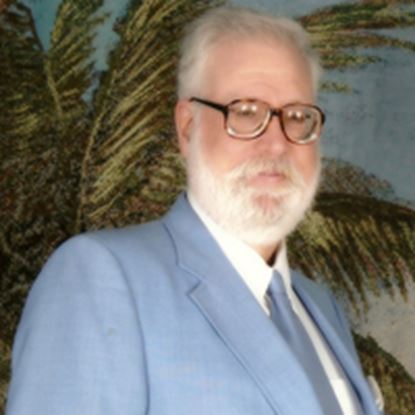 Every Little Crook and Nanny


Lillie Scones is a sweet retired nanny who runs a boarding house with one resident and "a cat the size of the Louisiana Purchase." Her two friends, Jocelyn and Carmella, help to pass the time by listening to music and gossiping. Then Stuart, an old charge of hers, rents a room. Lillie is tickled to have him around again, not knowing he is planning on robbing the bank on the corner. Stuart's mind may not be totally on the bank job, however, when he meets Betty. However, when Stuart finds out that Betty is about to graduate from an academy on the very night the...

New Kid on the Block


Carl, Lloyd and Parker, three older gentlemen who share a large home, need to rent out their fourth bedroom to help with the rent. Their problem seems answered when Will shows up...except Will turns out to be a lady. While Lloyd and Parker like her and want to vote her in, Carl barks back, "We're not voting on prom queen!" Carl's reaction is all part of a plan with Will, his sister, to let her live with them for a while. Before the brother and sister can reveal their plotting, however, the "fun" begins. It's all over the area that Carl and Will are sweetheart...

The Money in Uncle George's Suitcase


When Uncle George invites his whole family up for a weekend of fun at his rustic cabin, he actually wants them together so he can read his will. But between the bequeathing and his rambling stories, George drops the bomb that somewhere on the property is a suitcase holding four hundred and eighty thousand dollars! What follows is a hilarious farce of pettiness, slander, and greed. The relatives end up wrestling each other, falling down the stairs, and getting stuck in the furniture. "Yep, we're gonna have lots of fun!" says George as he's seen carrying a shov...

Murder Runs in the Family


Heather Pallfeather is a modern-day damsel in distress whose stepfather just kicked the bucket. Or did somebody kick it for him? With this crazy family it's hard to tell! To get some straight answers she hires Jack Sparks, a private eye, to act as her fiance and accompany her to the estate for the reading of the will. Sparks thinks himself a pretty shrewd cookie...until the lights go out and he starts to crumble. Throw in the mother who gets lost in her own house, a cousin who's married to a known convict, interchangeable twins, a stepsister who's looking for...


Wouldn't it be great fun to direct William Shakespeare's "Hamlet"? That was what Margo Daley always thought...until she is hired to do just that by the Peaceful Glen Memorial Players in their theater, a renovated funeral home. They DO have a couple of conditions, however. Margo has to make the play a melodrama, so the audience will know when to throw the popcorn. And they can't be too loud because the lady who lives under the theater bangs her cane on the stage. Oh, and Margo has to insert the sponsors' names into the play and, by the way, has to take place i...


You ever wonder what goes on in a teachers' lounge? Here is your chance to snoop on a gang of educators who'll do anything to relieve the boredom. Whether it is planning ambushes for the principal or dressing up as Vikings, this particular group is beyond compare. That is, until they find out one of them has written a book and used the rest of the staff as examples! Accusations fly like spitwads. Hand-to-hand combat breaks out just when Superintendent Brooks shows up ready to fire Principal Carp and just ahead of a newspaper reporter who asks, "Don't you want...


"If there's any skeletons in the closet, I'll find them!" states Angie, who then opens a closet and has a skeleton literally fly in her face. This is one of the many surprises that faces the undercover police woman who just took on a job as a "domestic engineer," hired by Dr. Hugh Bernard to "find out what's going on." Five elderly spinsters live in the same house and all, apparently, hate each other. And what a group. There's Evelyn, who keeps acting out death scenes for Fiona, who's writing some sort of novel. Then there's Catherine, who keeps alluding to h...


Veronica Blather is a sweet little old lady who spends most of her time knitting and solving murders, most of which occur whenever she shows up. Understandably she has a problem finding a place to live. When her niece invites her to stay at a retirement home for old knitters, it seems ideal - until one of its members dies from drinking poisoned punch. Who did it? Was it Matilda, the president of the Crazy Quilt Club, or Lydia, who likes to die on Tuesdays? Could it be Clara, who's a compulsive liar, or the wisecracking Sarafina who doesn't trust anybody and c...

You Can't Beat the House


"I've had trouble breaking into a house before but this is the first time I've had problems breaking OUT again!" So moans Merle to his partner, Howie. These two minor-league burglars have really met their match this time, it seems. They decided on a house only to find, after managing to get into the place, that it's up for sale and before they can leave, Conrad and Glenda, prospective buyers, show up. Merle figures they have two choices - either pretend to be real estate agents or beat it, making the buyers suspect them and call in the police. Merle begins to...