Nelly E. Cuellar-Garcia is a 35-year award-winning veteran theatre teacher with four state appearances, over 15 regional appearances, and scores of district titles. Ms. Cuellar-Garcia’s experiences in the world of competitive theatre (UIL Texas Competitions) have not only helped hone her writing skills but also enabled her to produce and improve the quality of theatre in her school and community. 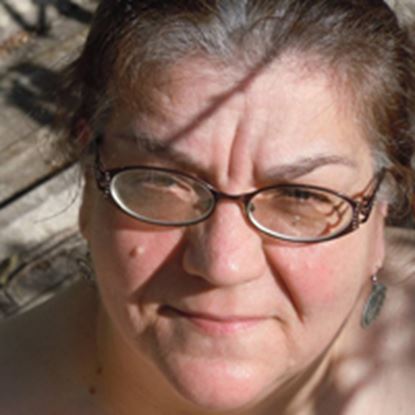 
Set in the Sierra Madre Mountains, this historic drama follows the lives of an intrepid band of female guerilla fighters who choose to pick up rifles to defend the poor and disenfranchised from the clutches of the corrupt Mexican government and their soldiers. The play explores what it means to be a woman, known as a “soldadera” (female soldier), in the face of great adversity, for they battle not only the enemy but also their own memories of loss, love, family, and betrayal. Each character allows a different facet of womanhood to shine -- innocence, first lo...

Desdemona in the Afterlife


Set in the realm of Purgatory, the all-female cast of Desdemona, Emilia, Juliet, Lady Macbeth, and Ophelia explore the roles women choose in their pursuit of love and self-identity. Taking its inspiration from Dante’s Inferno, this visceral play allows powerful actors to reach heightened levels of awareness as they grapple with the ideas of an individual’s purpose in their mortal life and the ramifications it carries over into the immortal world. About 40-50 minutes.

The Children of Oedipus


This new dramatic adaptation of "Antigone" offers a voice to characters who were previously unheard in the traditional Sophocles version. Polynices, Haemon, Ismene, and Eurydice -- each becomes an integral part of the storyline so that the audience fully understands what compels them to commit the actions they choose. Inventive new scenes, crisp dialogue, and beautiful choral work help develop the storm between Antigone and Creon to its inevitable conclusion, while tender moments between siblings allow us to see what drives their ambitions, their hopes, and t...

Hades - A Retelling of the Persephone Myth


As Lord of the Underworld, Hades’ life is perpetually dark and dismal. His only companions are an ensemble of the dead composed of many of the Greek heroes of the Trojan War as well as the bitter and resentful queens, Helen, Cassandra, and Clytemnestra. They are all tortured souls, especially after being in the lowest dregs of hell for centuries. Then Hades kidnaps Persephone, the goddess of spring, who is young and carefree. Although initially she is desperately unhappy, Hades works hard to make her comfortable, and they learn the intricacies involved in dea...


Death and Strife, along with the Chorus of Darkness, serve as narrators in this foreboding tale, the story of Romeo and his first love, Rosaline. Although their families have been at war with each other for centuries, the young couple are so enamored with each other, they are ready to defy their families and face the inherent danger. But Death and Strife will cleave their tentacles onto the dreams and aspirations of this mortal pair. Filled with moments of bittersweet tenderness and joy, the play unexpectedly turns dark when Rosaline betrays Romeo and arrange...

Macbeth - A Tale of Darkness


Here is a retelling of Shakespeare's tale of the decline of an honorable man into darkness, a study of how far an individual is willing to go in the pursuit of power. This adaptation includes new scenes between Lord and Lady Macbeth and uses an interactive ensemble to play a variety of roles. Only the director’s imagination will be the limit for this piece. It can be staged as elaborately or as simply as desired. The truth is in the words. It was written to be performed at any venue, any time period, and with a multi-cultural cast. Movement, music, and passio...

The Women of Blood Wedding


Based on the work of Federico Garcia Lorca

This play follows the surviving women from the original play by Federico Garcia Lorca. We find that the Mother, the Bride, and Leonardo’s wife are caught in the same circle of bitterness, unable to forget and move on.

Set on a rural mountainside where the mother has erected a tomb to commemorate the one-year anniversary of her son’s death, she catches the eye...