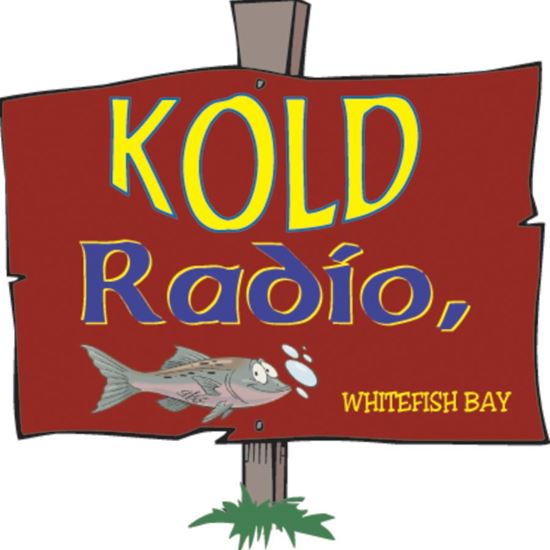 KOLD Radio is located in a corner of Carl and Lena's Place for Beer in a small Minnesota town near the Canadian border. Lars Knudsen is the host of a radio show called "Crappie Talk," devoted entirely to ice fishing for crappies. Because it is a somewhat narrow subject, Lars has no listeners, so he loses his only advertiser, Ole's Bait Mart and Deer Petting Farm. Martha Bjorklund, Lars' unrequited love interest, hosts "Book Beat." She has all the listeners, and all the advertisers. Lars has issues with Martha ever since she beat him in the 50-yard dash in 6th grade. Lars' jealousy toward Martha multiplies when a fish-out-of-water Brooklyn Italian comes to Whitefish Bay, buys the radio station, promotes Martha and fires Lars. Lars has his work cut out for him. He needs his job, he needs his dignity, but most important, he needs Martha.

Winner of the Gilmore Creek Playwright Competition; finalist in the prestigious Chesterfield Writer's Project, and a Pick of the Week in the LA Weekly.

Q. WHAT INSPIRED YOU TO WRITE THIS PLAY?

A. I grew up in a Scandinavian household in Minnesota. My great-grandparents on both sides of my family emigrated from Norway. I spent my summers up in northern Minnesota and the interesting and quirky people I met inspired me to write the play. I found the understated humor of the people to be very charming, but was universal enough to be enjoyed by people all over the country.

A. I have a lot of favorite parts of the play. The opening is fun where Lars Knudsen, the host of a radio show called "Crappie Talk" is about to lose his only advertiser, Ole's Bait Mart, because Ole claims Lars has no listeners. Lars immediately holds a contest where the first 100 people to call in will receive a free dollar. No one calls in so Lars ups the prize to $5.00 to the first 20 callers. Still no one calls in, so he ups the prize to $100 to the first caller. Still no one calls in. Lars has absolutely no listeners, so Ole drops his advertising. This sets the story in motion.

Q. WHERE DID THE CHARACTERS COME FROM? ARE THEY BASED ON PEOPLE YOU KNOW?

A. My first goal was to write something that the entire family could laugh at and enjoy. I have a few themes that run through my work. One theme is the difficulty for Scandinavians to express their emotions. I learned that firsthand. I think this is true for a lot of cultures. The story is about two couples who have difficulty expressing their feelings toward each other, but the changes they go through during the play help them to finally express themselves. If couples walk away from the play laughing and enjoying themselves, while being able to express their feelings a little better, then I've achieved my goal.

A. The play opened in Los Angeles to sold-out houses and critical acclaim. The LA Weekly gave it "Pick of the Week" saying, "Combine superb comic timing with solid direction and a smart cast with great timing, and you're headed for a comedy hit." The Los Angeles times wrote, "Olson has actually come up with a two-act pilot for a TV series. In high conceptese, it's Cheers meets WKRP in Cincinnati, meets Newhart.and throw in Fargo, too." The play was one of the top box office grossing plays in the 30 year history of LA's Group Repertory Theatre. The play won the Gilmore Creek Playwriting Competition and was produced at St. Mary's University of Minnesota, as well as at the National Hostfest in Minot, North Dakota. The universal themes in the play appeal not only to the Midwestern audiences, but to the rest of the country as well.