Kimberly Barger is a writer from Harrisburg, Pennsylvania. A lover of all things theatre, she began writing for the theatre in 2018, and her plays have since been performed internationally. She has completed the Core Curriculum program with Los Angeles-based New Musicals Inc. as a bookwriter, and she is also an alumna of the Commercial Theater Institute's Producing Intensive in NYC and a member of The Dramatists Guild. Kimberly holds a degree in Journalism from Indiana University of Pennsylvania. Prior to writing for the theatre, she worked for over 10 years in public relations, writing everything from news releases to feature stories. She also created the blog Mommy's Always Write, where she was featured on popular parenting sites such as Scary Mommy and BabyCenter. When she isn't writing, Kimberly enjoys going to see plays and musicals, spending time with her husband and two sons, and eating ice cream straight out of the carton. Instagram: @theatrekim 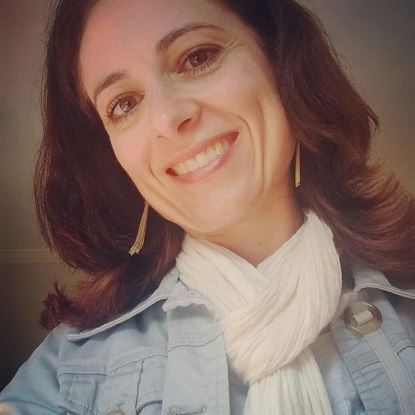 
Hazel is a teenage witch who’s somewhat different from every other witch in Frogshire Forest. She can brew a mean cup of coffee but can't brew a potion to save her life! And she’s an accident waiting to happen when she tries to fly on her broom.  While Hazel dreams of becoming a barista, her mother, the head witch of the forest, wants only for Hazel to focus on her witch studies and preparations for the upcoming annual festival, the most important event in the forest. She would forbid Hazel from trying to fly into a coffee shop in the city—if she knew about i...