Kandie S. Kelley received her MFA from the University of California, Riverside, and has successfully pursued a career as a director, educator, and author (Closet Drama, Bear Star Press, 2001). Committed to teaching theatre, she owned her own company for eight years while also serving as department chair of drama at a private school in Orange County before founding the Inland Edge Players in Riverside, an ensemble group devoted to fostering the energy of local performers, directors, and writers. In addition to being a theatre instructor at the University of California, she also teaches classical acting and Shakespeare as performance at Idyllwild Arts Academy while also working with the Riverside Metropolitan Museum’s Youth Diversity Project, educating youth via improvisational and playmaking workshops, which focus on social change. 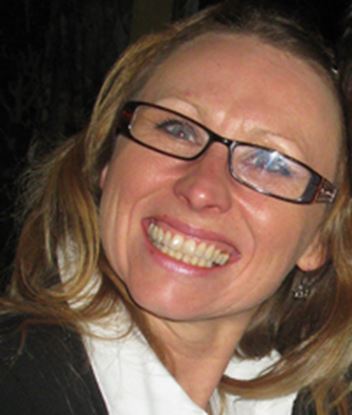 
After years of waiting for a traditional marriage proposal, Caroline's had it. When she takes matters into her own hands and plans a "surprise" wedding at her family's vacation home, side-splitting mayhem is set in motion. This wedding, hardly the dream variety, has all the same trappings as a surprise birthday party: secrets, shrewd planning, and timing gone awry. Grudgingly participating in the scheme is her practical best friend and maid of honor, Beth. She questions everything from her bridesmaid dress (which she refers to as a fuchsia tortilla) to the ju...


Members of the Dream Big Society are meeting in Hawaii's Paradise Hotel for the fourth annual convention, where they can find motivation to achieve their personal dreams, no matter how impossible they may seem. And wild dreams they are: Yvonne wants to be the Queen of England, CJ wants to be a samurai, Dora wants to train dolphins even though she can't swim, and Cory wants to be a rock star, though he can't sing a note or even play the air guitar. Clare, whose only dream is to have a happy family, discovers and is befriended by the society after being jilted ...


Christine's in big trouble. Her mother warns her not to open the old book of fairy tales, but Christine breaks the rules and opens it anyway. Now the pages are strewn across the stage. The book just happens to be magic, and the characters from the stories inside soon appear in Christine's family room. Chaos ensues as Cinderella kisses the Frog Prince, and the evil Queen from Snow White falls in love with Rumpelstiltskin. Hansel and Gretel are eating the aluminum siding off the house, and the Miller's Daughter convinces Rumpelstiltskin not to kidnap her baby, ...


Finding a prom date is tough in a normal world, but in a world dominated by the Queen and King of Teens and all their teen spirits, it's nearly impossible. In this side-splitting send-up of the Shakespearean classic, four teenagers only want to attend the prom with the teen of their dreams. Mia wants to go with Lyle but her father insists she go with Dean. Mia detests Dean but her best friend Helen adores him. Yet Dean wants nothing to do with Helen. Mia and Lyle decide to sneak off to attend another school's prom but to do so must sleep in the woods overnigh...