Married writers Deborah Ann Percy and Arnold Johnston live in Kalamazoo and South Haven, MI.  Their individually and collaboratively written plays have won some 200 productions, as well as numerous awards and publications across the country and internationally; and they’ve written, co-written, edited, or translated some twenty books.

Debby earned the MFA in Creative Writing at Western Michigan University.  A book of her short fiction, Cool Front: Stories from Lake Michigan, appeared in 2010 from March Street Press; in fall 2014 One Wet Shoe Press published her full-length collection, Invisible Traffic, which was nominated for a Pushcart Prize and an Independent Publishers Award.

Arnie’s poetry, fiction, non-fiction, and translations have appeared widely in literary journals and anthologies.  His books include two poetry chapbooks—Sonnets: Signs and Portents and What the Earth Taught Us—The Witching Voice: A Play about Robert Burns; and The Witching Voice: A Novel from the Life of Robert Burns.  His translations of Jacques Brel’s songs have appeared in numerous musical revues nationwide, and are also featured on his CD, Jacques Brel: I’m Here!  A full-length collection of Arnie’s poems—Where We’re Going, Where We’ve Been—will appear soon from FutureCycle Press, and his new novel—Swept Away—is forthcoming from Caffeinated Press. 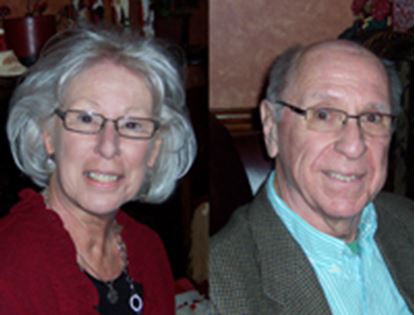 It's About Us! New Release

one-act by Johnston and Percy

A group of high school drama students known as the Rainbow Project is tasked with developing a show to promote the acceptance of diversity. Throughout their rehearsals, important issues like grades, jobs, family commitments, and prejudices are all explored. But art mirrors life a little too closely, and rising tensions threaten the production. In the end, they realize that with all human enterprises, “it’s about us.” This insight allows the show to go on...

Fairy Tale by Johnston and Percy


At last, Rumpelstiltskin gets to be the hero! Based on the original Grimm fairy tale, this traditionally misunderstood character earns a well-deserved happy ending, winning the hand of Freya, the beautiful miller’s daughter. Both comic and suspenseful, and using elements of other fairy tales and classical myths, this adaptation involves King Grood, the (not very) Good; his vain son Prince Werther; and an unscrupulous chancellor. Rumpelstiltskin, a handicapped young man, is actually Prince Werther’s twin, whom the soft-hearted miller could not bring himself to...