James Stover is an Assistant Professor of Acting & Musical Theatre at Purdue University Fort Wayne. His other plays include Grimm’s Juniper Tree (produced by Philadelphia’s Renegade Company) and Prometheus & Sisyphus (short, produced by Ohio’s MadLab Theatre). As an actor, he’s performed Off-Broadway and at regional theatres across the country (including the Walnut Street Theatre, Utah Shakespeare Festival, Virginia Repertory Theatre and many others). He’s directed the world premiere of Wilkes (Ohio’s Glacity Theatre), the Mid-Atlantic premiere of Yank! (Richmond Triangle Players) and the Philadelphia premiere of The Amish Project (Simpatico Theatre). He holds an MFA in Theatre Pedagogy from Virginia Commonwealth University and a BFA in Musical Theatre from Otterbein University. 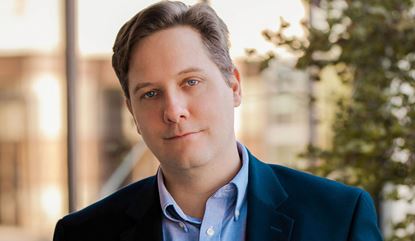 
The play tells the story of Davey Herold, a co-conspirator in the Lincoln assassination who accompanied John Wilkes Booth during the ensuing manhunt. It asks if Davey Herold had a choice in taking part in the assassination and whether or not he actually committed a crime. It moves fluidly from his jail cell where he speaks to his lawyer, to a series of locations during the planning of the assassination, to the history-changing execution, to Davey and Booth fleeing authorities.  Approximately 70 minutes.