Jack Nuzum is an English teacher at Manzano High School in Albuquerque, NM. He teaches literature and composition, as well as Bible Literature. He just finished a five-year stint as the speech and debate team coach. Singing at the Santa Fe Opera brought Jack to the Southwest, and he still sings and acts frequently in both church and local musical theater productions. Each year he participates in the faculty/student drama production that raises funds for scholarships for his high school's drama department. One year he was heard to utter the statement, "I could write one of these," and was quickly taken up on his challenge. Thus, all four of his Eldridge publications began as Manzano faculty/student shows. They include his recasting of Shakespeare, "Romeo and Juliet ... and Hamlet, Too," set in a modern-day high school and replete with happy ending and ferocious rhyming couplets; "Two By Two in Love"; "Tryouts"; and his high school soap opera, "Days of Our (School) Lives."

Days of Our (School) Lives 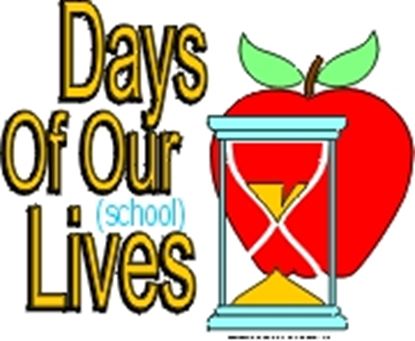 
It's half-time at the big basketball game but Trish, Joannie, and Crystal ignore their pep squad duties to gossip about the latest surprising developments at their school. The new female teacher seems to have a persistent five o'clock shadow and the English Department has taken over the administration. The new leader, Mr. Dickens, is a Shakespeare fanatic who is in league with the evil custodial staff, who in turn spend their time collecting gum wads and blackmail evidence on the teachers. All the classic conventions of soap operas are here: memory loss, mist...

Romeo and Juliet...and Hamlet, Too


Here's Romeo and Juliet, along with Hamlet and Ophelia, updated as today's high school campus personalities! Written in couplets, the ferocious rhymes create much of the humor. With its nice mix of characters, the high school faculty will even want to join in the performances. The script also includes many opportunities to insert local information and take jabs at rival schools, making your performance unique to your school and magnifying the fun. Split stage and pantomime scenes help keep the play moving, and there's room for creative staging and slapstick. ...

Two by Two in Love


One male actor and one female actor each play two parts that's the challenge and fun of this one-act play. All the action takes place in front of a simple park setting. First a teenage boy and girl discuss their young love, he the romantic, she the practical one. She leaves (late for work) and the actress returns as a middle-aged woman, who gives the young romantic some sage advice on love from her lifetime experience. The boy rushes off to save his girlfriend's job and the actor returns as a middle-aged British man who is wooing the older woman. Their scene ...

For Whom the Southern Belle Tolls


A "melodrama plus," this play cleverly intertwines a classic "losing the homestead" plot with a realistic subplot in which high school drama students are putting on (what else?!) a melodrama. The Colonel and his daughter Belle are trying to keep the family restaurant (and Belle's heart) from the clutches of the villain I.C. Blizzard, a fast food franchiser. The hero, Beau, suffers from a perpetual crisis of confidence that he deals with by cooking and obsessive psychoanalysis. The student characters trade insults that imperfectly hide a budding romance. Holdi...


Competition, stress, excitement and jealously are but a few of the emotions these characters share as they all undergo the pressure of "trying out." Susan is bringing home a serious boyfriend for the first time, and her teenage daughter feels like she's trying out a new dad. Megan figures the lead in the school play is hers as a senior drama student until Tasha, a hotshot sophomore, shows up for tryouts. Brandon really wants a job at the burger joint where his best friend works, but is he ready for the rigors of a job interview? His friend Erik doesn't think ...