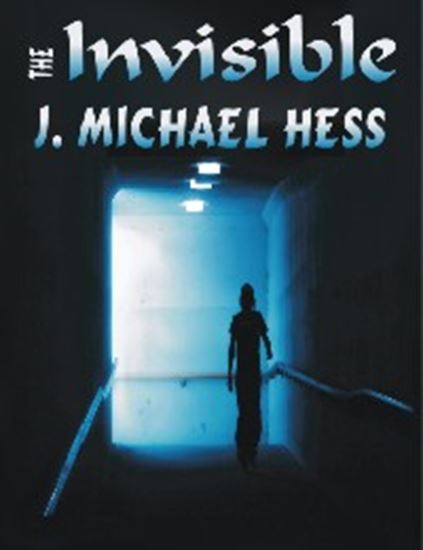 Here's a poignant but necessary look at the problems of teenage bullying and suicide. J. Michael is a high school student and aspiring writer. Already dead, he narrates the events that lead up to his suicide. Along the way, we meet Melissa, his unrequited love, and Ms. Dodge, the hopeful English teacher. There's also Artie, a tough, rival student, and Mr. Butler, the ineffectual high school principal. Two other characters, J. Michael's overwhelmed mother and a tough district attorney, round out the cast. Together these multidimensional characters paint a complex picture of the pressures J. Michael must face on a daily basis. As his journey climaxes, the young poet is left with the miraculous truth that "what we do affects the world around us," and the world of the living may not be all that bad though, it is a place his muse will no longer take him. (Contains some mature language.)

A: I have been a high school English/drama teacher for a number of years now. And daily, I see my students just trying to get through their school days without embarrassing themselves. And the high school world is a dramatic one: friendships, relationships, parental expectations, school work, standardized testing, getting into college .... Yikes! A lot of ground to cover for young adults in a very short time. Perhaps two important issues that I haven't mentioned yet wound up in my play because they're the most disturbing teenage bullying and suicide. Hurting others and hurting ourselves. Many teens (and adults) wrestle with these very serious issues daily. I think "J. Michael Hess" came to life to help others.

A: I think my favorite part would be J. Michael's slammin' poetry. When delivered, it has to be with attitude and edge because there's his strength. Poetry gets a negative label sometimes in high school, especially for boys. J. Michael is at his best when he is earnest and honestly wants to win the girl. And he is amazed that his poetry can't do it. His wish to be "normal" or what he perceives to be normal during his monologue of opposites is my favorite when he confesses to Melissa that he wants to be everything he isn't in exchange for winning her. Many teenagers and adults, unfortunately, never let go of this type of feeling. Hopefully, the character of J. Michael teaches that it's okay to be a little different.

Q: WHEN DID YOU START YOUR WRITING CAREER?

A: I was actually a casualty of some East Coast experimental schools. An undiagnosed early reading/writing disability, once identified and dealt with, launched my love of books and my desire to write. From my early teen years on, I explored creative writing, journalism, and photography. Each of these helped me to be a better storyteller.

A: I began my theatrical journey as an actor. I studied theatre in high school and college. I appeared in numerous productions and summer stock. In the English Department, my creative-writing teacher told me my poetry was "sh*t." Interestingly, his reason was quite inspiring. He said my poems had too much voice/character. Too defined. Had I considered playwriting? I began to study playwriting in the University of Oklahoma's Theatre Department under Dr. Ted Herstand. When I moved to Los Angeles to "become an actor," I had a suitcase full of scripts. In 1988, I was one of six playwrights from around the country accepted into the University of California, Los Angeles' MFA Playwriting Program. I completed my MFA there, and by 1990, my plays were being produced professionally.

A: From beginning to end, writing a play is like no other genre. I like creating the worlds for each story. And I like creating the ground rules for the characters of these worlds. I explore diverse forms of storytelling and ways to juxtapose time and place in the storytelling process. Maybe my work would be labeled "magical realism." Sometimes other writers try to put "realism" on stage. Often audiences seem to demand TV-like or movie-like plays on stage. But, I'm a little different. In short, I just like to remind an audience that when they see one of my plays, they are in a theatre. And I hope I am telling the type of story they can only see in the theatre.

A: It has to be the first draft. I love "rewriting," but I like to call it "additions and changes," because a first draft isn't wrong. I will sit on numerous ideas for quite a while. I create folders for each image, character, and I even write make-believe journals for my characters. My head literally bursts when the play is ready for draft one. I usually have to get a bucket of chicken and a two-liter of Cherry Pepsi, and then the first draft is born. I'll crank it out in record time and spend the next six months to a year with additions and changes and readings with my acting circles, so I can truly workshop the script as part of the writing process.

Q: WHAT ARE THE MOST IMPORTANT THINGS TO CONSIDER WHEN WRITING A PLAY?

A: The most important thing is the story a writer wants to tell, and the appropriate structure for his/her storytelling. Word of advice: hold on to your story until it is written. Get that draft one out. Then it's okay to share it with others. But telling a story too much before it is written deflates the energy and spirit of the story, and more times than not, it just doesn't get written then.

A: Elements of me, my family, friends, strangers on the street. A very dear friend of mine used to say she could see me go into my "writer's mode." She knew exactly when my life was on automatic pilot and my brain was recording everything around me to be used in a play.

A: I love the collaborative process of playwriting. Now one might say, how is it collaborative? The playwright sits in his/her room and writes the play. Big deal. But I like to think that I am an actor's writer, a director's writer, a designer's writer because I take all of these elements into consideration when I write a play. Am I giving my future actors enough to work with? Am I creating a magical world a director would like to bring to life? Am I creating a cost-effective story that lighting, sound, stage designers can take to their artistic level as well? A finished play can be like a really, really, really well-developed black-and-white photograph crisp tones, shades, shadows, focus, depth of field, shutter speed all these great photographic skills create a great product but a negative cannot be manipulated. It is the starting point. And a poor negative will never make a great picture. So, the play's the negative, and if I pass it on to everyone else in the collaborative process, it had better be a pretty darn good one because no matter how good a job everyone else does, a bad play remains a bad play.

A: I love to fix up old houses. Over the years, I've been fortunate to live in many different towns. I buy fixer-uppers, spend too much time watching HGTV, and fix them up. Then sell them. Right now, I'm restoring an old cottage in a lake town in northeastern New Jersey, an hour outside of New York City. So, on good days, you'll find me working in my yard. On cloudy days, I'll be sanding woodwork or painting walls or refinishing wood. If it's rainy or cloudy, I'm on my computer writing, but I'm never really away from my stories. My characters are usually living and breathing a bit in my head, helping me with my chores. Sounds kinda of strange, but this house feels like home, and I don't think I'll be leaving any time soon.