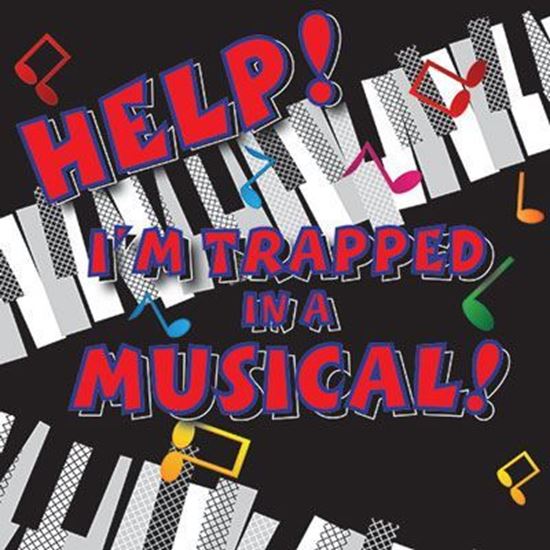 There’s something strange going on at Sondheim High School. New transfer student, Norma LaBelle, is having trouble getting accustomed to the school’s unusual traditions. At any given moment, students and teachers burst into song for no apparent reason.  Each time they sing, it sounds almost like a famous Broadway musical. The math teacher sings a lesson on the Pythagorean theorem. The history teacher delivers a rap-filled class on Alexander Graham Bell. Mrs. Lovett, the Lunch Lady, delivers a menu filled with Broadway-themed meals. The students sing a celebration of Mondays and even the ‘bad’ kids perform the “Detention Tango.”  Principal Lloyd Webber is hiding a secret and enforces strict rules to keep the truth hidden from the students.  This show is full of fun surprises and is a delight for fans of Broadway musicals as well as for those new to the genre.

Stephen Murray Talks About Help! I'm Trapped in a Musical!

What inspired you to write this musical?

I love musicals!  I have always wanted to write a musical about musicals. If you think about it, the idea of a musical is pretty odd: in the middle of telling a story people start singing and dancing. This absurdity is addressed in the song 'A Musical' in Something Rotten. Imagine an entire show where every song is like that one. That's Help! I'm Trapped in a Musical!

What's your favorite part or line in the musical?  Why?

I love the song, 'The Telephone'. In one song, I get to pay tribute to Hamilton, Bye Bye Birdie, The Book of Mormon, and The Music Man. I had so much fun writing that song.

Most of the characters in this show are named for famous Broadway stars, composers, or characters in popular musicals. If you are a fan of the genre, you might be concerned if the lady serving you lunch in the cafeteria is named Mrs. Lovett.

What did you try to achieve with this musical?

Besides being a love letter to musical theater, I have tried to include a message to teens about finding their own identity and celebrating their individuality.

I have had so much fun working on this show! Every step of the process has been so enjoyable from writing, to trying out a version with a summer camp cast, to revising and recording. I think audiences, performers, and directors will have fun with this show too!