The late Greg Palmer was a multi-talented writer. As a playwright he created three musicals and five plays for families that have been produced and performed worldwide including commissioned works for the Seattle Children's Theatre and the Empty Space Theatre, as well as an official entry in the Goodwill Games Arts Festival. He was also a television writer, producer and broadcaster whose awards include a Peabody, three commendations from Action for Children’s Television and 13 Emmys given for national documentaries. Mr. Palmer had several books published.

Snow White and the Family Dwarf


Here’s the familiar story of Snow White but with enough plot twists and turns to keep all of us guessing what will happen next! The Dwarfs, including three sisters and four brothers, are a regular-sized family named Dwarf. While Snow’s appearance in their midst is a surprise, they show that unlike the Queen’s focus on physical beauty, real beauty is in caring for each other. At the end Snow does not automatically ride off with the Prince because he’s handsome. She makes a rational decision about who loves her, whom she loves and why. Full evening. Perfect for...

Big Bad Wolf (And How He Got That Way) 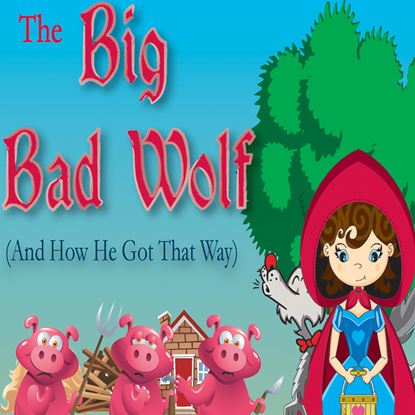 
Here’s a rousing musical defense of the wolf, presented in English Panto style. Panto employs hybridized fairy tales, puns, cross-dressed characters, big-head characters, magical transformations and silliness to the max. With plot aspects from “The Three Little Pigs,” “Red Riding Hood,” “The Boy Who Cried Wolf,” and even “Frankenstein,” the pigs are shown to be the real culprits. They're clever media manipulators with strictly their own swinish interests at heart. The two-member orchestra also becomes a hilarious part of the performance as they interact with ...


A musical version of Charles Perrault's story, done in the style of the English Pantomime, and featuring the various pantomime traditions including a "Pantomime Dame" (played by a male), "Principal Boy" (played by a girl), "Principal Girl," fairies who talk in rhyme, and significant audience interaction. This script, with six delightful songs, was commissioned by Seattle Children's Theatre and later televised. A wonderfully antic version of the popular story with enough action for any member of the family. Recipient of the "Ohio State Award Best Children's Pr...


Sweet and spunky Betsy Green takes care of her sister Gertrude as they eke out a living hunting mushrooms in the forests of the Northwest. It isn’t easy, especially since Gertrude lost her vision in the terrible fireworks explosion which killed their parents in Hong Kong years earlier. Since that time, a mad scientist, apparently under the spell of a mysterious Oriental cult, has been trying to kidnap Gertrude. When Betsy is momentarily distracted talking with Maurice, a handsome fruit vendor, Gertrude disappears! The lost Gertrude rings a bell to indicate he...