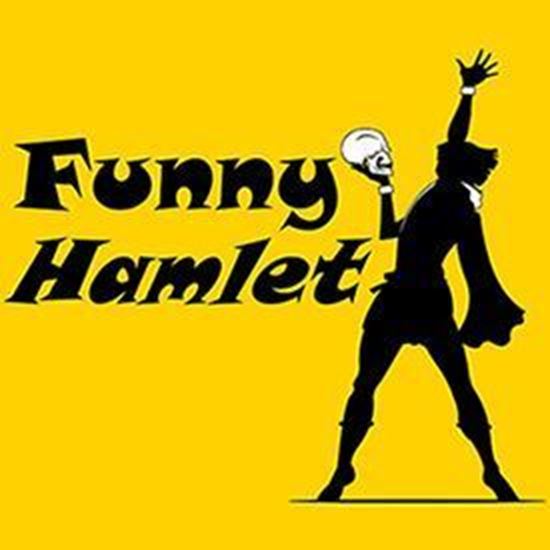 Tallulah, an over-the-top director extraordinaire at her high school, hasn’t gotten the recognition she believes she deserves. It might be because the school principal doesn’t let the drama students perform. Nevertheless, she and her loyal sidekick and stage manager, Calista, build sets for plays that are never done, and the actors rehearse plays that never open!

All is about to change when Tallulah is nominated for High School Drama God of the Year. This all-girls high school has less than 24 hours to create their version of Hamlet, a show that will determine if Tallulah wins the coveted title.

We meet a wild and crazy cast of techies, actors, and even clowns as the group tries to dazzle the adjudicator. The cast comes together in the end to perform the song, “The Song of Death.” This show is Shakespeare like you’ve never seen it and, in the end … all’s well that ends well!

“The Song of Death” sheet music is also available.

I wrote "Funny Hamlet" as a self-challenge to work in a form, farce, which I hadn’t attempted since my failure with the broadway musical, TRICKS, many years ago.

In writing "Funny Hamlet" I enjoyed using the worst parts of my ‘producing’ persona and casting myself back to a traumatic community theatre production of "Twelfth Night" I did when I was young.

As people always seem to remember ‘doors slamming’ when they saw farce I wanted to put doors at the center of the work.

This show is perfect for director with sense of humor. I hope you enjoy it!