Frumi Cohen is a playwright, composer and lyricist. Her writing career started by accident. She was a first year music teacher in Pennsylvania one Spring and she was supposed to put on a choral concert with her fifth and sixth grade students. She envisioned those boring concerts of her childhood where they would all dress alike, stand on shaky risers, and sing songs about trees and robins while the music teacher stood up front and waved her arms around. She would rather have had her teeth drilled than do that. A sympathetic colleague suggested she write a musical. Frumi had written many songs, but never a musical. She went home that night and began to write. It took about a week and she had a short musical for her students to present. They were a big hit. Twenty some years, two grants and several national playwriting prizes later, she is still writing musicals for her students. Many are published now and Frumi is delighted that they have been produced all over the U.S. and even overseas. Kids inspire Frumi and so does musical theater. Using a measure of both, she writes musicals that tell stories of unlikely, unsung heroes. She aims to write stories that are honest, fast-moving and believable, yet full of magic. And she doesn't write happy endings, just satisfying ones. She says, "I want to see young people and their families as both actors and audience for my work. I want to show them that musical theater is every bit as gripping and in many ways more alive than an action film." 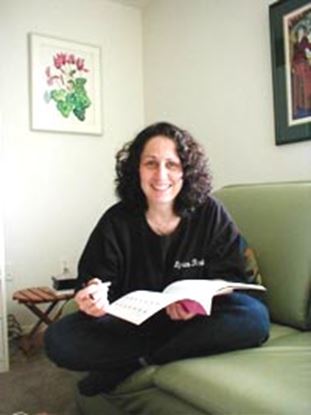 
After losing her parents to a cholera epidemic in India, young Mary Lennox is sent to the English Misselthwaite Manor to stay with her uncle, Archibald Craven. Archibald, who has never recovered from the death of his wife, has had most of the mansion locked up, including his wife's beloved garden, and even his son, Colin, a sickly boy, to obliterate her memory. Mary, an unhappy girl herself, finds Colin, unlocks the secret garden and brings it to life. In her process of healing and self-discovery, she brings life back to Colin and Archibald Craven. This encha...


The adventures of the resourceful Rat, trusty Mole, gruff Badger, and the ever frivolous Toad from the popular story, "The Wind in the Willows," are brought to stage in this entertaining, hour-long musical. Rich Mr. Toad steals a car and ends up in jail. The story's villains, the Weasels and Foxes, take over Toad's estate in his absence. Badger, Rat, and Mole come to the rescue, conquer the Weasels, and save Toad Hall from ruin. Beautiful, melodic music makes this program unforgettable. Ideal for community theatres. (Song sample: "Rat and Mole Duet.")

Wind in the Willows


The adventures of the resourceful Rat, trusty Mole, gruff Badger, and the ever frivolous Toad are intermingled with the actual story of how "The Wind in the Willows" came to be written in this beautiful full-length musical. To entertain his son, Kenneth Grahame wrote stories about the rich Mr. Toad, who steals a car and ends up in jail. The story's villains, the Weasels and Foxes, take over Toad's estate in his absence. Badger, Rat, and Mole come to the rescue, conquer the Weasels, and save Toad Hall from ruin. Interspersed with the animals' adventures we see...