Delmar Burkitt is a retired teacher and school administrator. During his years as an administrator, he also directed high school plays. In addition to his writing, he enjoys swimming and volunteering for the Ohio State Historical Society as a tour guide. He says, “The volunteering gives me an opportunity to bring history to life and to run around in knee breeches and long socks. I will never lose my love for costuming and drama!” He adds, “It gives me great pleasure to observe directors and actors add their personal touches to my writing to create special performances and memorable characters. I also enjoy the laughter of the audience.” He has been married to the love of his life, Jeannine, for many years. They are parents of two grown children and the grandparents of two granddaughters.

Comedy With Heart by Delmar Burkitt


A dozen young women are gathering to compete in "Miss Hometown America," a beauty pageant whose contestants must be from small towns. In addition, three other girls are there--at least in spirit! After an untimely end, Heather, Hope and Twyla come back to earth as angels and are watching the very pageant they had hoped to be in. They must be there for a reason, but why? As the pageant proceeds, we meet other contestants, including Ursula and her posse who are determined to take the winning and follow-up spots, no matter what. Can the angel trio keep the pagea... 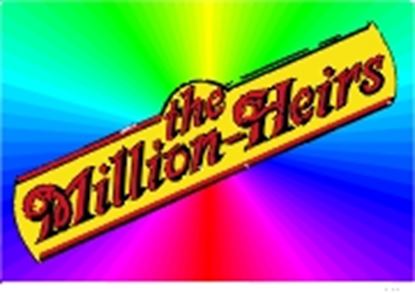 
It's the turn of the century and the late Mr. Asbury has willed each of his three grown children a million dollars...with a few conditions! Talkative William must not speak one word; shy Margaret must sing on stage; and Joseph must fall in love and marry. And the conditions must be met in seven days at a country inn under the scrutiny of the scheming attorney and the family butler, who will become rich themselves if the children fail. Also at the inn are several lovely - and lonely - young ladies who'd like to marry; their pushy mothers; a traveling showman; ...