Wade and Christopher met on stage acting in plays together. They chose to transition their onstage chemistry into play form. Wade and Christopher co-wrote "Change the Station," published by Eldridge Plays and Musicals. Wade, already an accomplished children’s book author from Washington, has several published plays, many of which he has directed himself. Christopher, a trained SAG actor originally from Chicagoland, has spent almost two decades in audio description with WGBH. Currently, when they are not huddled over their next script, Wade teaches at the college level and Christopher works as a voice actor. They hope to produce at least half a dozen plays together and combine them into one hefty volume. 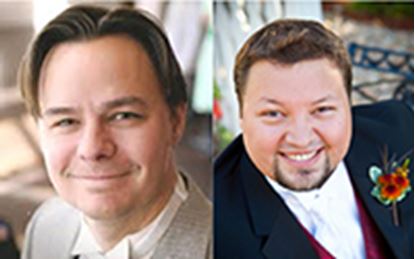 Comedy by Bradford and Flowers 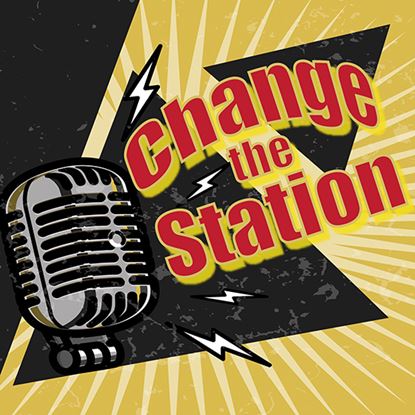 
It’s the 1930s, the glory days of radio. Radio dramas are thriving! Well, everywhere except Portland’s local station KOD. This run-down station is struggling to stay on the air. After receiving a cease-and-desist letter, the long-running show “Stan Shade, Private Eye” must come to an end. In an effort to save the station, owner Fredrick Glass has secretly worked out a deal to become an NBC affiliate. All he has to do is introduce a new hit show that will keep the advertisers happy until the contract is signed. Finally, all the success Fred has always wanted.....