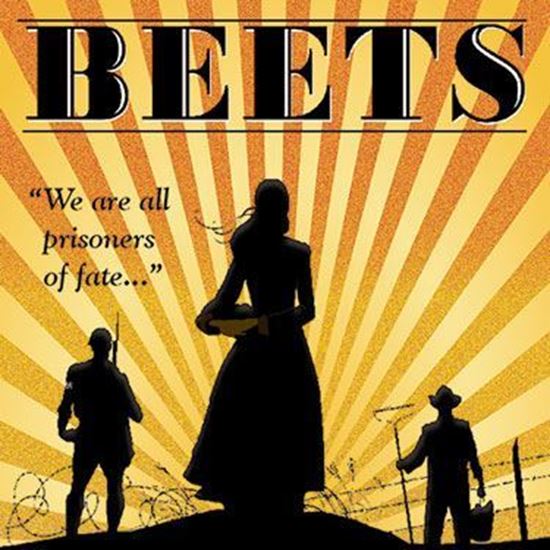 At the height of WWII with a frantic need to produce food, yet faced with a critical shortage of labor, American farmers were compelled to accept help in their fields from prisoners of war. While farmers’ sons fought men just like them in trenches and tanks in Europe, the presence of these POWs in rural America led to plenty of emotional conflict at home. Isabelle Hunt knows her husband Fred needs help with their beet crop, so he grudgingly allows German POWs from a camp nearby to work the family’s fields. Fred is furious over the food and privileges the POWs get, especially while the Hunts’ injured son is a POW overseas and may be starving to death. When their lovely 17-year-old daughter Anna meets the handsome and intelligent German soldier Dieter, there is mutual attraction -- and plenty of wrath from Fred. This is the story of small-town humanity, the simplicity of rural life, the conflicts from economic desperation, and unrequited love. There is conflict for some, acceptance by others, and adjustments for all.

“Beets" was inspired by events that took place in Berthoud, CO in 1944-45, when German POWs from Camp 202 near Greeley, CO were used as stoop laborers on beet farms throughout Northern Colorado. The camp held nearly 3,000 of the 400,000 POWs brought to U.S. soil during the WWII.

My first exposure to the subject came through stories written by Berthoud historian Mark French, who writes a weekly historical column for the Berthoud Weekly Surveyor, for which I was editor at the time.

French had written about Berthoud resident Bob Lebsack, who remembered driving prisoners from the camp to the fields and had a letter (and a signed book) from a German POW who was grateful for the treatment he’d received on the Lebsack farm. The character of Bobby in "Beets" is based (loosely) on Lebsack, who passed away in 2020, and the play is dedicated to his memory.

What's your favorite part in the play?

One of my favorite scenes is when Fred the farmer confronts Dieter the POW about making gifts for Fred's daughter. Their conversation reveals the German soldier to be quite human, and from a family situation not unlike Fred’s. It is the turning point in the play for Fred.

What's your favorite line in the play?