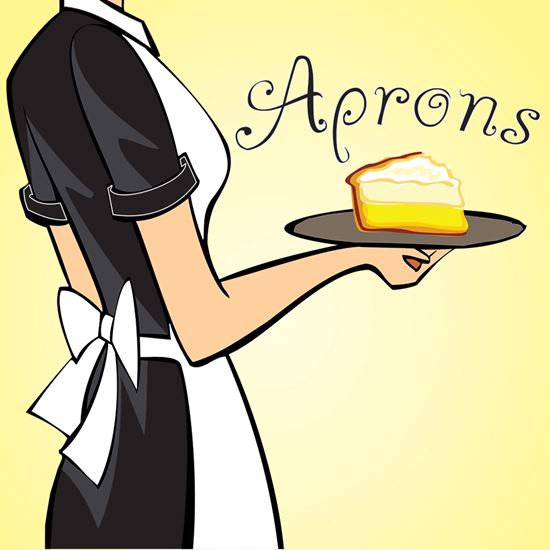 The mistress of a Long Island estate is very rich, completely eccentric, and suspiciously homicidal, and yet she regularly gets lost in her own home. So how has she managed to get away with murder? Lady Di has accomplices of course! Four of them to be exact: Adeline, Lydia, Angel, and Felicity, each uniformed in a white apron, armed with a feather duster, and humorously dangerous as they have chosen to protect their employer from the police in order to perpetuate their very generous incomes. But when the body count takes a sudden jump, the camaraderie of the maids begins to unravel into comedic chaos as they struggle to sweep the bodies under the rug and hidden from both an attorney and an off-duty homicide detective who happens to be married to one of them. And when confession leads to arrest, the women learn the valuable lesson that crime doesn’t pay . . . or does it? A perfect comedy for community theatres.

My inspiration for writing “Aprons” was my desire to get serious about spreading my wings, taking a departure from my comedic imagination and instead write a drama. I failed miserably. But ultimately I learned several lessons from the experience.

In reflection, my first setback was the title I chose: "Five Merry Maids and a Hollywood Has-Been." Lesson One: Never incorporate "Merry" in a story concept if its purpose is to be a drama.

When Avery Hollis joined my cast of imaginary characters, he was an immediate jerk. Though I had no intention of including a murder in my dramatic story, I was compelled to kill him off. Alas, drama. Then I killed him off with a pie. Alas, comedy. Oooops! Lesson Two: Don't use a pie as a murder weapon when writing serious drama.

The next thing I knew, Adeline, Felicity, Lydia, Angel, and Juliana began to conspire against me, refusing to let their personal problems become the focus of the play as I had intended, but instead their issues became sub-plots as they "chat-chitted" my play into a completely opposite direction, that of a murder cover-up. Throwing the proverbial salt into my wound, the women rejected my notion to be serious about their conspiracy and began to constantly integrate wit, sarcasm, and stupidity into their conversations, overthrowing the powers that be, and turning my play into an all-out farce! Lesson Three: Never let a group of imaginary women talk among themselves for any longer than five minutes.

Ultimately, I surrendered to these comedic ladies, uniformed with aprons and armed with spatulas and feather dusters. However, I didn’t give them complete control. I managed to eject Julianna from the story and replace her with Greer, a necessary move designed to strengthen the male perspective of the story because Erling Knowels was getting absolutely no help in that endeavor from Thaddeus Bonnaire! Although Adeline, Felicity, Lydia, and Angel were at first my adversaries, by the end of our adventure I had become very fond of each of them. Especially Angel who I think may be my most favorite character from any of my plays. However, Lady Diandra Matrell-VonSchmidt may be a close second. How can I not love a woman who quotes Shakespeare in such a haphazard, yet poignant manner?!

I am very proud of “Aprons,” and even though the script did not develop into what I conceived it to be, I still managed to step outside my box with a bit more adult edge, with a previously untried creative slant using flashbacks, and with what I hope to be a surprise dramatic twist. And accomplishing these things while maintaining the style of comedy of which audiences and theatre-folk have come to know and perhaps expect of me.

Nancy Vorhis, Eldridge Publishing Editor, commented to me that “Aprons” is a "gem." Who am I to disagree with Nancy?! However, don't entirely take her word for it. I invite you to read “Aprons” and decide for yourself. Enjoy!

PS. I still plan to spread my wings and write a drama...someday.