Annette Tringham, a Minnesota native, began her theatrical journey with acting studies at the Guthrie Theatre in Minneapolis. In 1984 she moved to Los Angeles to attend the American Academy of Dramatic Arts and over the next decade appeared onstage in dozens of theatre productions around the LA area. Though she still performs occasionally, her focus has shifted to her writing and directing aspirations. Several of her short one acts were produced in Burbank, and most recently her one-act holiday play “All I Need For Christmas” was produced in Banning, CA where Ms. Tringham now resides. In addition to plays, she is a feature writer for the local newspaper. 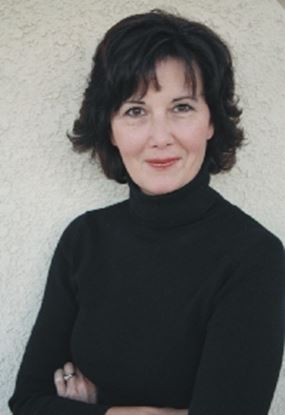 All I Need for Christmas


Goldie, Frank, and Myrna, three counselors at an emotional helpline, have devised a way to have Christmas Eve off this year. They have engaged Thomas Wellmore, a charming but self-centered Wall Street type, to man the phones. He willingly embraces the opportunity to “balance his karma” and “do something real at Christmas for those less fortunate.” As the evening wears on and no one calls, he becomes increasingly irritated and his true character is revealed. Then, at the stroke of midnight, a cleaning woman enters with her young son, Christopher. Though the ey...


Myrna, a counselor at the Emotional Helpline in New York City, is manning the phones alone on New Year’s Eve. Her plans to spend the evening working on her latest Martha Stewart project and looking up old friends on “MyFace” are interrupted when she is surprised by a visitor from her past. The teacher becomes the student and it’s out with the old, in with the new as this lighthearted and touching story reveals that it’s never too late for love and change. (Meet Myrna and her coworkers in an earlier play by Annette Tringham in "All I Need for Christmas.")